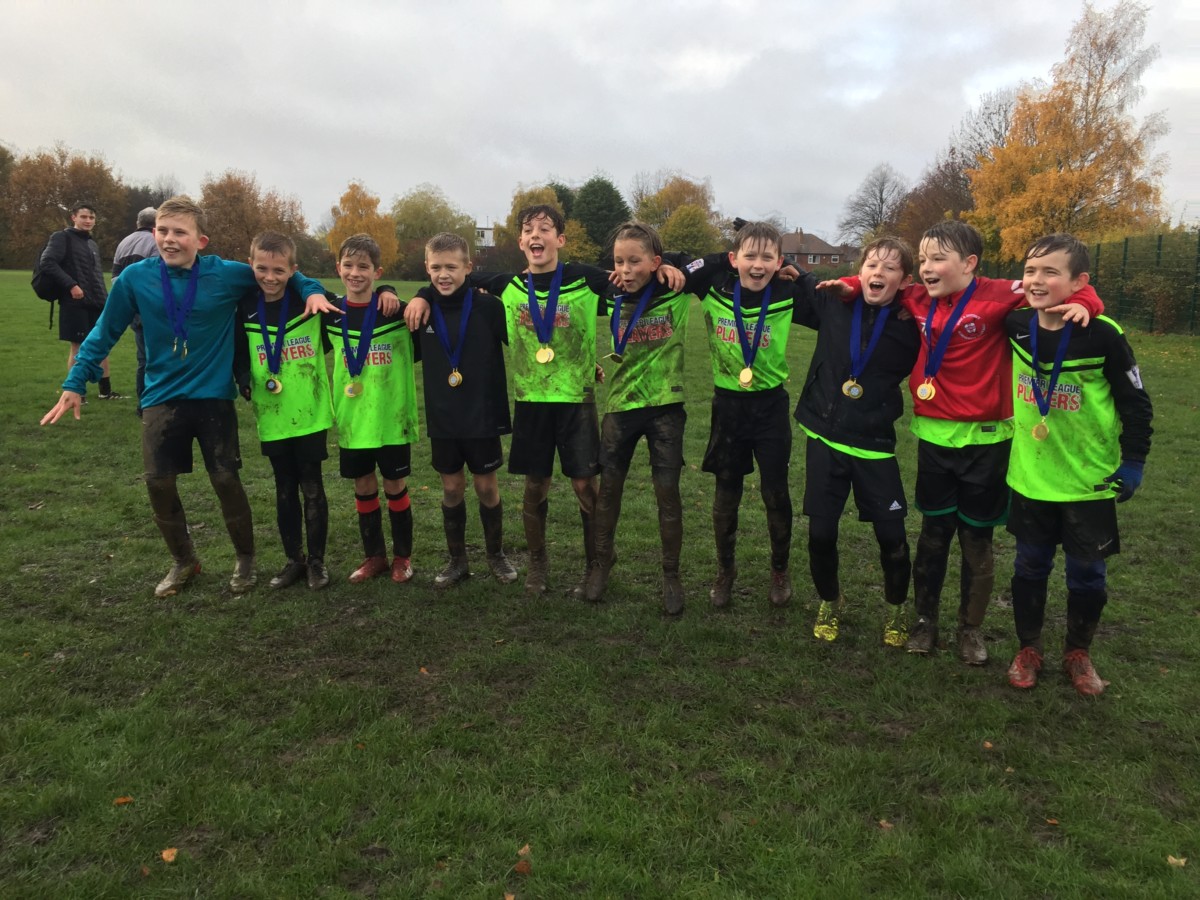 The U11 Schoolboys did York proud on a wet and muddy Saturday morning in Leeds taking on Yorkshire’s finest to be ultimately crowned Yorkshire Champions for the 7-a-side tournament.

The early morning sunshine gave way to torrential rain which turned the pitches into a mud bath, especially for the final game, but the energy and skill level on show was very high. Games were 20 mins in length, so it was a tough morning’s work for the whole squad. With a strong squad it ensured that all players were involved, and the quality didn’t drop when we rotated, so credit to all the lads.

Starting against Sheffield, goals from Oliver Boast, Logan White and Bobby Moore saw us run out 4-2 winners for a very solid start. A 3-1 win over Bradford with goals for Oliver Boast, Oliver Ellis and a debut goal for Ewan Daly continued the run.  Rotherham were next and a 2-1 win with goals from Oliver Boast and Logan White saw us go into a well-earned break with 3 from 3 before the final two games against Leeds and Barnsley.

Next up were Leeds and after tight scoreless first half, a couple of positional changes saw York charge into a 4-0 lead within 4 minutes. It was a very impressive burst of high energy and pressure that secured the win with goals from Oliver Boast, Logan White and Charlie Calderwood.

By now York were sitting top of the table going into the final game against Barnsley. The pitch was in a bad state after all the rain and games played, so balance and skill were difficult in poor conditions for both teams. An early concentration lapse defending a corner saw Barnsley take an early lead and York responded well with many chances going a-begging. Parity was restored in the second half through Oliver Boast and a draw looked on the cards until a superb strike from Barnsley settled the game.

Despite this defeat York still finished 2 points clear at the top of the table to be crowned 7-a-side Yorkshire Champions! We now qualify for the Northern 7-a-side tournament at Sunderland’s Academy of Light in March 2020, so another great day out to look forward to.

Thanks to all the parents for their support on the touchline in difficult conditions…..plenty of muddy boots and kit to clean afterwards !