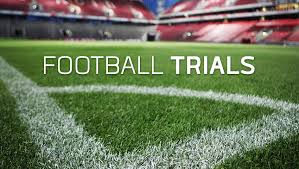 York & District Team: Ben Alder, Sam Parris, Harley Waddington, Matteo James, Daniel Kennedy, Oliver
Waygood, Miles Merer, Finn Davis, Ewan Daly, Edward Shakeshaft, Caleb Pile, Olaf Gorczyczweski, Josh
Light
York & District Schoolboys kicked off their u14 league campaign with a hard earned win away to
Harrogate on Saturday 24th September. Despite controlling a large portion of the game and taking a 2
goal advantage, York were left clinging on in the latter stages of the game as Harrogate came back
strong, before a 3rd York goal ended the contest in the dying moments.
With some new players added to the squad from the previous year the York boys had been showing
encouraging signs in the pre-season friendlies and that continued in the first half against Harrogate. A
strong wind gave Harrogate the advantage in the first half with playing the ball long and Matteo James,
Sam Parris and Harley Waddington at centre back needed to be alert to this tactic and they coped
admirably. Miles Merer at the base of midfield was magnificent in the first half controlling the tempo of the
game and setting York up on many attacks. Finn Davis and Olaf Gorczyczweski were also combining well
with the front line and the defence to create a solid midfield trio and the foundation for York’s very
impressive first half. Caleb Pile and Daniel Kennedy on the left and Oliver Waygood and Ewan Daly on
the right, were all creating chances through lovely one touch passing, over laps and pressing the
opposition. Up front Josh Light’s pace and intelligent runs were a thorn in Harrogate’s side and he came
closest to scoring first, just poking a chance wide. Minutes later, Gorczyczweski and Daly created
problems in the Harrogate box but unfortunately the crossbar denied York.
However York got their reward when an excellent move resulted in Light opening the scoring with a well
taken finish. More chances came York’s way but they couldn’t find the net, Harrogate were defending well
and were always threatening on the counter attack, but Ben Alder in goals produced another magnificent
display with many blocks in 1 v1 situations as well as being quickly off his line to give the back four that
added security of a “sweeper keeper”.
The second half started well again for York, who now had the added benefit of the strong wind, and
created a number of chances which the Harrogate keeper was equal to. Edward Shakeshaft was starting
to push further down the left and was causing the Harrogate full back problems with his pace and control.
York extended their lead when good work on the left created an opening for Davis, whose sweet left foot
unleashed an unstoppable shot from outside the box into the far corner. Daly almost added a 3rd when a
well worked move with Merer resulted in a blistering goalbound shot from the edge of the box that was
brilliantly saved by the Harrogate keeper.
Harrogate were not about to give up and they burst into life, taking the game by the scruff of the neck and
dominating York for the next 20 mins. They deservedly got back into the game not long after York’s
second and it was all to play for. York’s defending was desperate last-ditch stuff at times and they got
lucky when a second Harrogate goal was ruled out for offside. Chances were missed, the crossbar was
struck but somehow York survived the onslaught. In the dying moments of the game York capitalised on
the strong wind when a long ball unleashed Light with his unstoppable pace to round the keeper to settle
the game.
A great start to the league campaign and a lot of positives from the team, but also plenty to work on
ahead of next week’s game at home to Leeds Schoolboys.
Share Post: