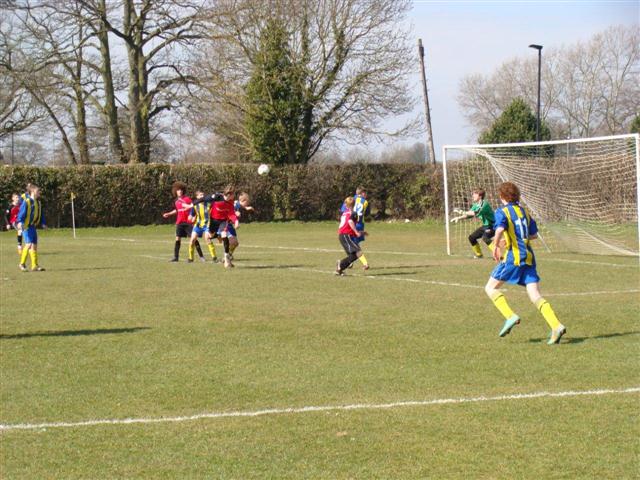 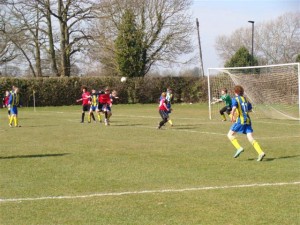 York Schoolboys Under 14s ran out impressive 3-0 winners against a strong Leeds outfit to keep the pressure on the teams around them in their penultimate league fixture. Leeds controlled the early possession but it was the hosts that went ahead mid way through the first half when Adam Wilson reacted quickly to a loose ball and coolly lobbed the advancing keeper.

York then finished the half strongly with Alex Wilson looking lively up front and fully deserved their interval lead. The second period then saw the game open up with both sides playing some entertaining football.

The midfield skirmishes were keenly contested but Sam Drake and Aron Clarke were again outstanding and ultimately won the day in that area of the pitch. Clarke was also unlucky to see his long range strike hit the underside of the crossbar and rebound to safety.

However, York did not have to wait long to double their advantage as a few minutes later Louis Cade, who was excellent all game from wide right, forced a deep corner kick into the roof of the net.

York continued to create chances and Leeds to their credit were a constant threat at the other end but centre half Jacob Smith and left back Jarrad Benson put in strong performances to withstand all the visitors had to offer.

Smith then started and finished a move from one end of the pitch to the other to complete the scoring with 2 minutes remaining. Adam Wilson was named man of the match. The striker had the Leeds rearguard on the stretch for the majority of the game.