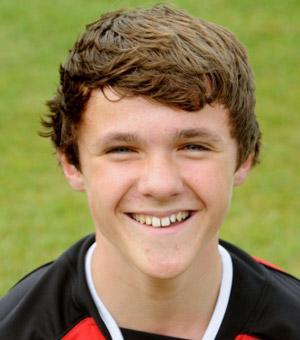 The visitors then took the lead after 10 minutes with the Leeds striker latching on to a weak defensive back pass to slot home passed York Keeper Connor Stead.

York levelled from the restart. McCormick played a through ball to fellow midfielder Matty Mulhearn who crossed for Cowley who made no mistake this time from six yards to fire home.

Stead was again forced into action, saving well when faced one and one against the advancing Leeds front line.

York did take the lead on the stroke of half time, with McCormick and Mulhearn linking on the left again to set up striker Ben Hirst for a deserved goal, Hirst despatching a right foot strike.

Ben Hirst then fired against the bar as York continued to press, Fawcett then had an effort cleared off the line, all this action within 10 minutes of the restart.

Leeds scored an unlikely leveller heading home from a corner which revitalised them after the York pressure and onslaught.

Connor Stead was again called into action with a quite brilliant right handed save when the Leeds strike look goal bound.

York rallied in search for a winner. The tireless Hurst had a shot well saved as York piled on the pressure. Jake Wright and Kris Fawcett were in control of midfield setting up the offensive opportunities. Eventually the pressure told. McCormick went on a trademark mazy run and was clipped in the penalty area, he got his shot away which was saved though the referee pulled play back for a penalty following the trip.

Fawcett took responsibility and fired home the spot kick. York then controlled the final 10 minutes to see the game out and secure another victory.

York fully deserved their victory, Connor Stead was assured in goal his save in the second period was brilliant, Kris Fawcett and Jake Wright performed well in midfield. Man of the Match went to Ben Hirst who was the catalyst for the teams performance.

York entertain Barnsley at home today and the head to Thirsk in midweek for the County trials. York hope to have significant representation in the North Yorkshire County team.

Thanks Tony Wales, U15 manager 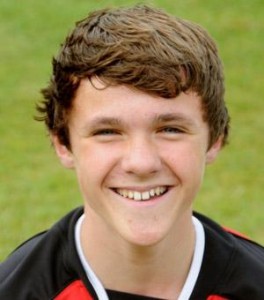