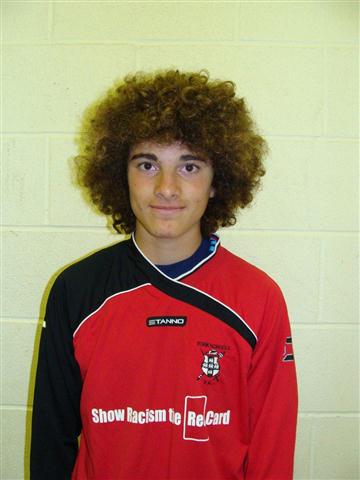 A brilliant hat-trick from man of the match Adam Wilson fired York Schoolboys Under 15s into round 2 of the English Schools national cup in a 4-0 win away at Stockton.

The visitors settled quickly into their stride and with Henry Rollinson and Elliot Fenton outstanding in central midfield they created the better of the first half chances. The only reward however during this period arrived when Wilson’s pace took him clear of the Stockton defence and the striker slid the ball into the bottom corner past the keepers despairing dive.

The home team responded well, creating chances of their own and York had centre half Bailey Fleming to thank for a last ditch clearance off the line to ensure they took a slender lead into the break.

The second half was a real end to end affair with Stockton possibly shading possession but York looked most likely in front of goal. With the game hanging in the balance and the next goal crucial, York then hit the frame of the goal 3 times in 7 minutes.

John Carr was the unlucky player on 2 occasions, the second of which drew a magnificent save from the Stockton keeper who managed to tip his thunderous top corner bound strike onto the crossbar and away to safety.

After weathering the storm Stockton sniffed an equaliser but York had 2 immaculate performers at the back in keeper Will Huffer and left back Luca Colville who stood out in a strong York rearguard that repelled all danger.

York then found that cutting edge in front of goal and it was a good day to be called Wilson, this time it was Alex Wilson who scored the all important second goal. Stockton for once failed to clear their lines and after first being denied with a snap shot the striker needed no second invitation as he coolly chipped the ball into the top left corner of the net.

York continued to pour forward and Wilson (Adam) completed his hat-trick in quick fire fashion. His second goal was a strike from the edge of the box, drilled into the bottom corner giving the keeper little chance. The treble was completed when York were awarded a free kick and George Brown reacted quickly to deliver an inviting cross for the hero of the day to head into the back of the net.

York will entertain Hull in round 2 on Saturday 12th October at York University.