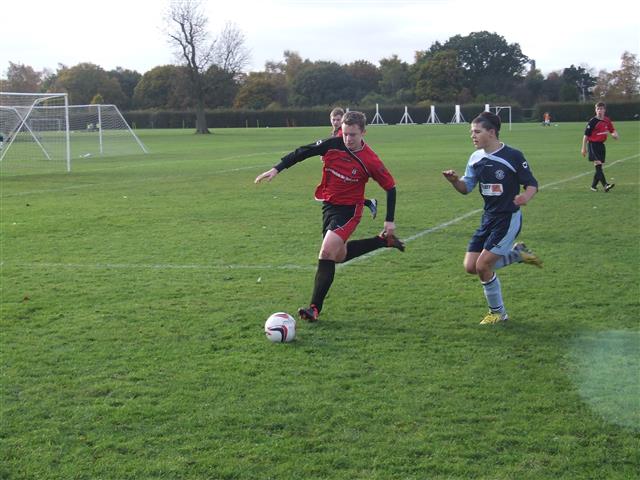 York Schoolboys Under 14’s made it 3 straight wins in a row, with a 4-0 home friendly win over a hard working Spen Valley side. 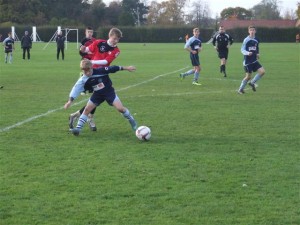 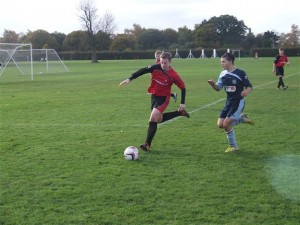 It was however the visitors who had the chance to take the lead in the 1st minute, but the opportunity was blazed over the gaping goal from 6 yards out. After this escape York gradually gained control with the midfield trio of Lucas Hindle, Charlie and Owen Marshall all keeping a tight reign of proceedings, allowing McMillan and Lawrence to just shoot wide. The visitors still were dangerous on the counter attack and it took a fine sweeping cover tackle from Joe Kilvington, to stop the danger. York went 1 up when Eddie Greenhill outpaced the last defender to slot the ball past the advancing ‘keeper. York ‘keeper Adam Precious the produced a smart save to preserve the lead before, York’s 2nd goal came when Greenhill forced a save, and the ball was returned quickly into the box by Owen Marshall for Dan Davison to score with a 1st time shot, to give York a deserved 2-0 half time lead.

With the breeze now in York’s favour, the 3rd goal came when from 45 yards out a Zac Lawrence lofted free kick, sailed over the head of the Spen ‘keeper. York now were in total control of the game, restricting the visitors to occasional attacks with Man of the Match Lucas Hindle covering and breaking up play well. Josh Rogerson shot just passed the post and Davison drew a save out of the ‘keeper, when with the last kick of the game Davison swept the ball home at the near post after a fine passing movement between Lawrence and McMillian created the chance.  Another good all round performance saw 4 goals and a clean sheet, and they will be hoping to take this form into next weeks league game away at Barnsley