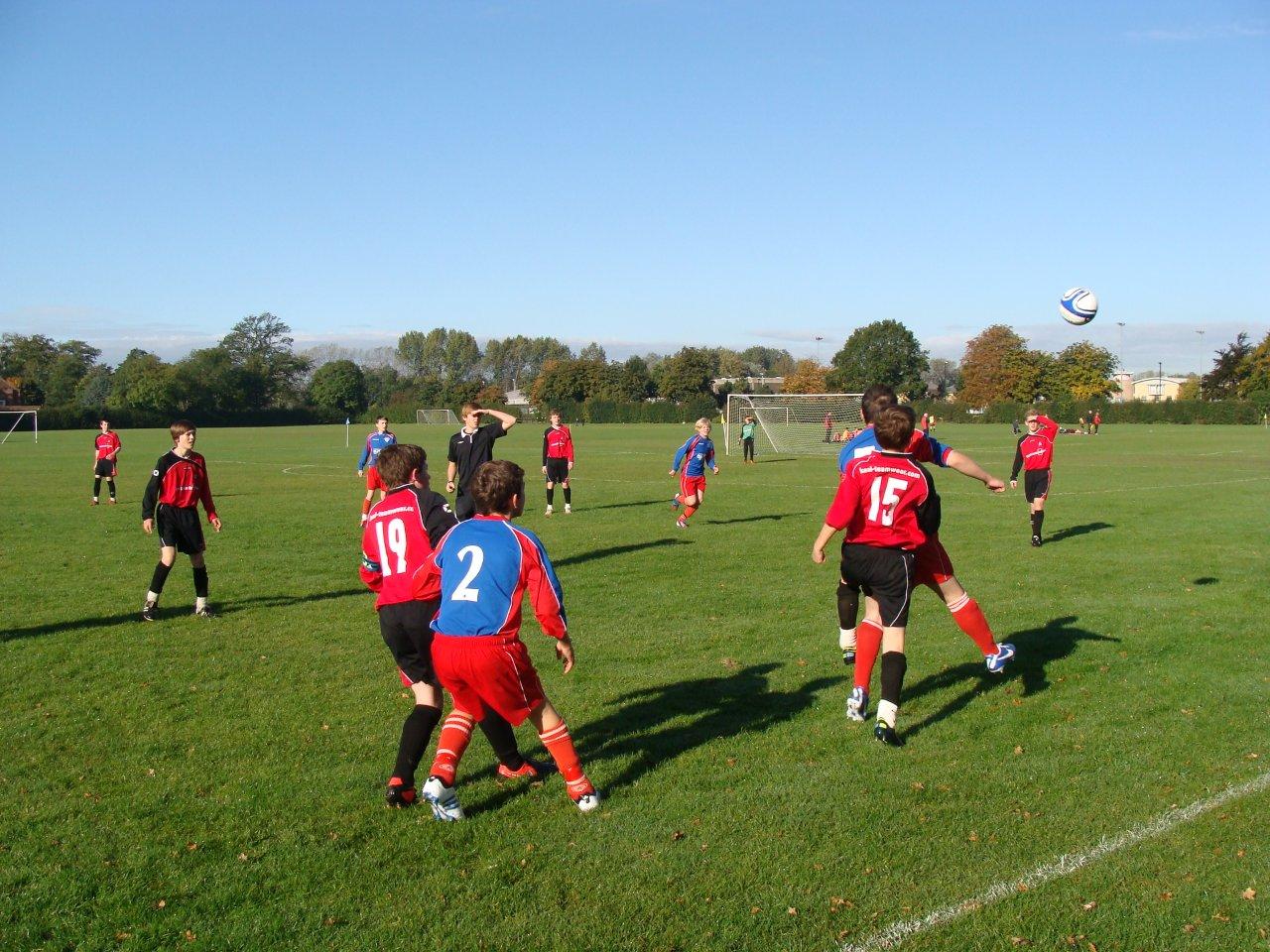 York Schoolboys Under 15s stormed back from 3-0 down to draw 3-3 away at Barnsley in an entertaining league encounter. There were no signs of the goal fest to follow during a fairly tame first half although Luca Colville hit the crossbar from the edge of the penalty area before York eventually went into the break a goal to nil behind.

York looked much livelier during the early second half exchanges but soon found themselves 2-0 down when the home side converted following a swift counter attack before a close range header made it 3-0 and the game was seemingly up.

However, York then staged a magnificent comeback which was nearly kick started when Alex Wilson followed up a shot that struck a post only to miss the target but minutes later in form striker Adam Wilson headed home a pinpoint right wing Jake Humphries cross and it was game on.

Wilson then grabbed his second after beating the last defender and dribbling round the keeper to rock the hosts back on their heels. It was now one way traffic with Colville, Niall Smallwood and man of the match Ben Burdett dominating the midfield and combining well with Sam Drake down the right flank.

It was from yet another right side raid that York levelled the scores when the ball was fed back in to the edge of the area for Colville to hit a low shot that was deflected into the path of Smallwood and the midfielder kept a cool head to beat the on rushing keeper.

York were still not finished as they poured forward in search of a winner and both Wilson and Cameron Herd came close to finding it before the ref blew for full time.