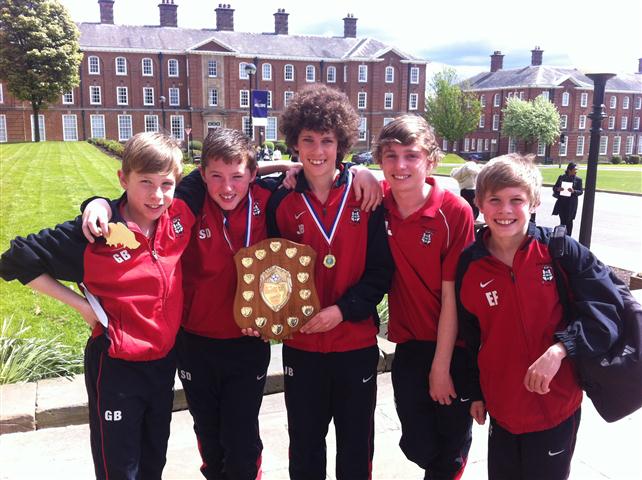 York Schoolboys Under 15s beat East Yorkshire rivals Hull for the third time this season after their league clash ended 2-1 in the visitor’s favour.

York opened the scoring mid way through the first half when man of the match Jarrad Benson put the finishing touches to a corner kick. The ever dependable left back has been a regular since the Under 11s and was notching his first ever goal in Schoolboys colours.

Hull then came on strongly from the start of the second period and forced York into defending deep but Jacob Smith and Sam Emmot excelled at the back and with Bailey Fleming and Elliot Waddington keeping it tight down the flanks all danger was averted.

This was pivotal to York’s success as the next phase of play saw them take control of the game with the all important second goal. Sam Drake won possession back in central midfield before slipping the ball to Luca Colville. The midfielder delivered a through ball behind the home defence for Adam Wilson to chase. Although looking second favourite Wilson’s electric pace caused panic at the back and the prolific striker capitalised on a mix up between the Hull keeper and centre back to nip in and roll the ball into an empty net.

York then looked capable of extending their lead as Colville and Louis Cade started to influence the midfield more and more and it took some last ditch defending in the Hull penalty area to prevent further damage to the score line.

Hull to their credit kept attacking but on the occasions they did breach the back line they found Dave Howard in the York goal in imperious form with some great shot stopping and assured handling.

Hull had the last word with a consolation goal in the dying minutes but it was York’s day as they secured 4 points from two difficult away trips in consecutive weeks.