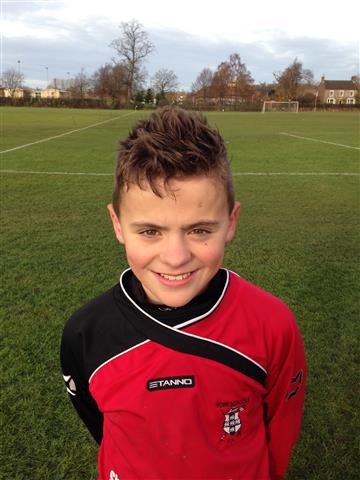 York bounced back from their Spen Valley disappointment with a superb 1-1 result against East Riding.  Table topping and already through to the semi-finals of the English Schools Cup East Riding provided a tough test for York who fully deserved their point. York welcomed Louie Kirkham to the squad and he made a very good debut in the mid-field. East Riding had most of the first half with the help of the wind but York kept a clean sheet and went into the break level. The second period was more even and York created chances for Jack Atkinson and Jacob Little which could have given them the lead. At the other end Jamie O’Connell was outstanding in keeping East Riding out with last ditch tackles and goal line clearances. East Riding finally broke through with fifteen minutes to go finishing from close range. York introduced Ritchie Deighton and Ben Buck and the former levelled the score with a fierce last minute free kick.  A strong all round team effort from York with Alfie Atkinson, Will Owen and Reece Botterill putting in great shifts in addition to new boy Kirkham and man of the match O’Connell. York hope to continue the good work on 25th as they welcome Bradford to the University.