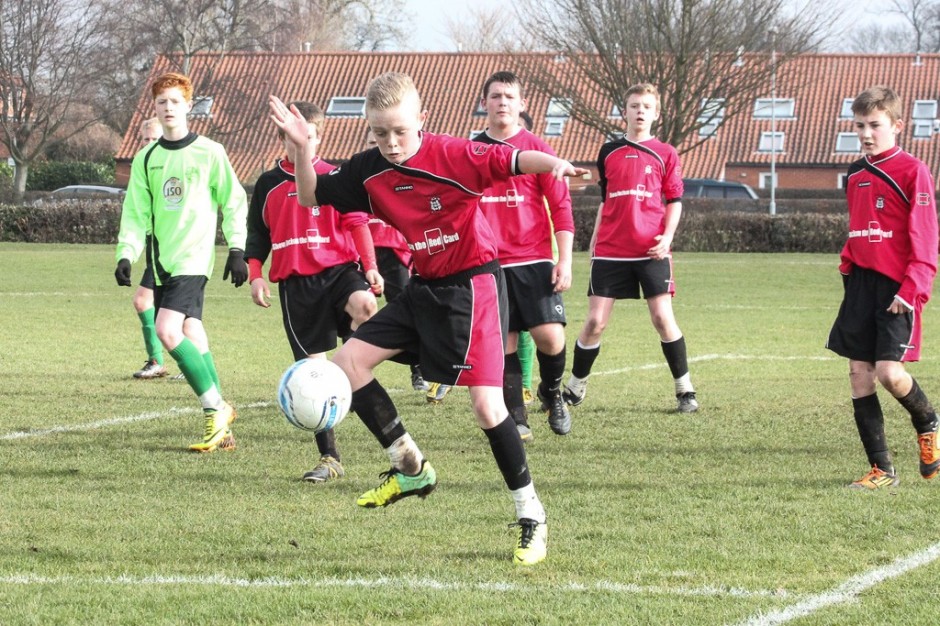 York Schoolboys U13s made the 200 mile round trip to South Nottingham but made it all worthwhile with a 3-0 win.

On a big bumpy pitch York coped well with the conditions and completely outplayed their opponents. Helped by the wind at their backs in the first half, South Notts had a few moments but Cai Gallimore and Jamie O’Connell were not in a mood for letting anything past. York were strong in possession with Dan Moll prompting from the middle and Ben Buck leading the line with power and pace.

In the second half York had the elements in their favour and spent the full period camped in the South Notts half. They created chance after chance but through a combination of disappointing final touch and an inspired goalkeeper they could not break through.

Enter Jacob Little who having spurned one opening took the game by the scruff of the neck and converted twice in as many minutes to secure the win. Moll added a third and York were home having taken sixty of the seventy minutes to break the deadlock.

Little shared the Man of the Match award with Joe Allerton whose inspired left foot tormented the South Notts defence throughout.

More petrol required this week as the Schoolboys continue their league programme at Sheffield.