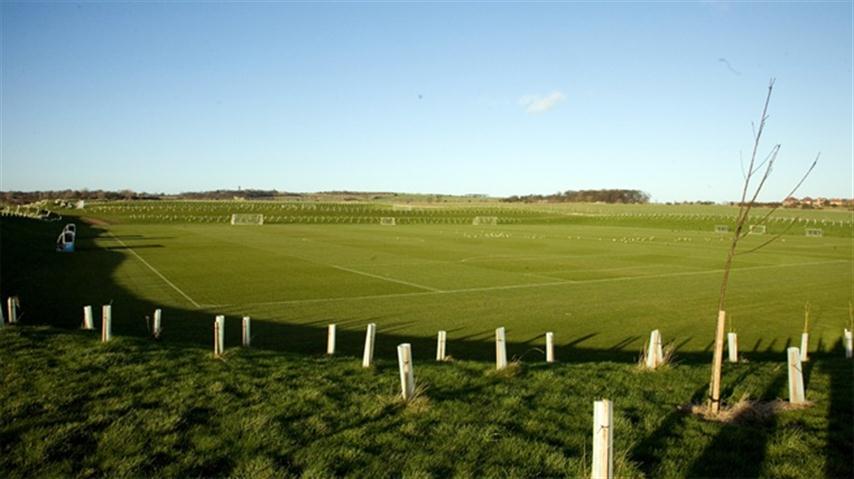 York under 11’s carried on with their promising start to this season with a hard fought 2-0 home victory against visitors Barnsley.

York started the brighter of the two teams and soon created half chances for Dan Myers and Oliver Walsh but York found the Barnsley keeper in top form which prevented them from taking an early lead.

On 18 minutes Joe Watt crashed a shot against the Barnsley post from distance only to see the rebound cleared.

Barnsley were now settling into the game and were creating chances of their own but the York keeper Todd Edgar  who was outstanding all game made some fine saves to keep the score at 0-0.

It wasn’t until the final period when York seemed to step up a gear and find their passing game that the clear cut chances finally came along, and it was Joe Stamp on his York Schools debut that broke the deadlock with a fine left footed strike that gave York a 1-0 lead.

Far from sitting back York pushed on and after good approach play from Taylor Bell and Elliot Heath from York it was that man Joe Stamp who got on the end of a Dan Myers cross to slide the ball into the Barnsley net to make the final score 2-0 to York.