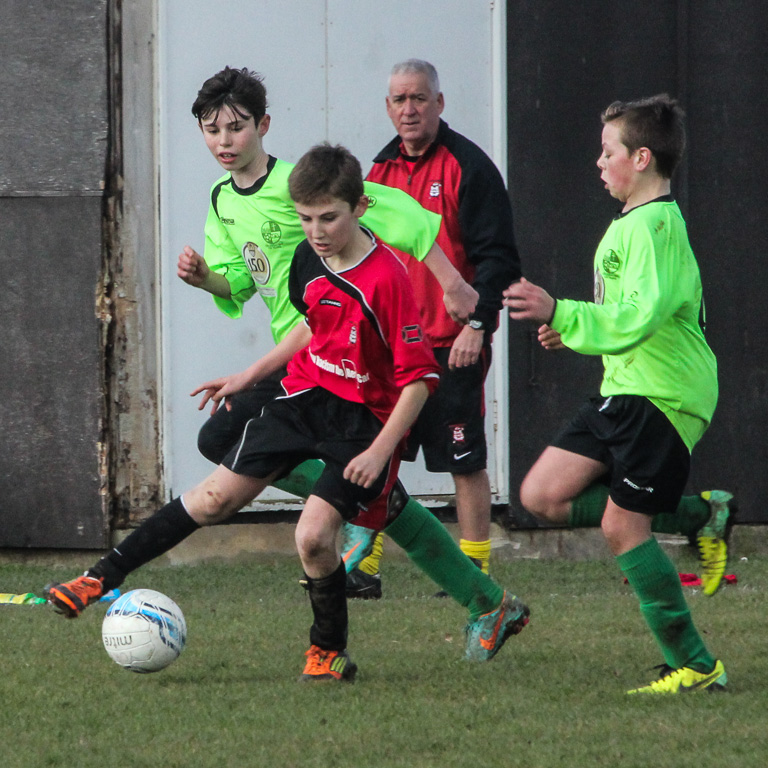 This was always going to be the Under 13’s toughest test of the season so far against a very good Sheffield team who York have never beaten and with the added difficulty of playing on a 3G pitch.

York started slowly and the first opportunity soon fell to the home side who broke into the York penalty area only for the shot to be cleared off the line by Ollie Smith. This seemed to ignite the York boys into action and following good work by Manni De Nobriga down the right releasing Joe Crosby who’s shot was foiled by a good save from the Sheffield keeper. York were pressing high up the pitch and forced a string of corners and on 10 minutes a corner from Rob Guilfoyle was poked home by York captain Lucas Wilson. The best move of the first half came on 25 minutes with Nick Hutton, Robbie Simpson & Rob Guilfoyle exchanging passes only for York to hit the post.

As the second half started York were pressed further back into their own by a Sheffield side looking for an equaliser which came from a free kick which was launched into the box for the Sheffield forward to guide into the top corner of the net. Sheffield continued to press but the York midfield and defence stood firm and worked hard to close down a Sheffield team who were desperately looking for another goal.

Sheffield were now creating a lot of chances but couldn’t find a way past Pat Randall in the York goal who produced a string of fine saves to keep York in the game. Late in the second half York midfielders Charlie Ward, Danny Allinson and Dom Jackson started to take control along with the constant work by the wide men Charlie King and Lucas Frankish they started to cause problems in the Sheffield defence and with two minutes remaining a Sheffield clearance fell straight to Lucas Frankish who played a first time ball back over the Sheffield defence for Joe Crosby to run onto, who calmly tucked the ball into the corner of the goal.

The last few minutes resulted in stoic defending from York as Sheffield pressed for an equaliser but York held out for what seemed an eternity for a well deserved 2-1 victory. This was a great performance from all of the squad and really difficult to pick a man of the match but it goes this week to Pat Randall for a string of fine saves in the second half.

Special thanks to Phil Hutton for his help today.