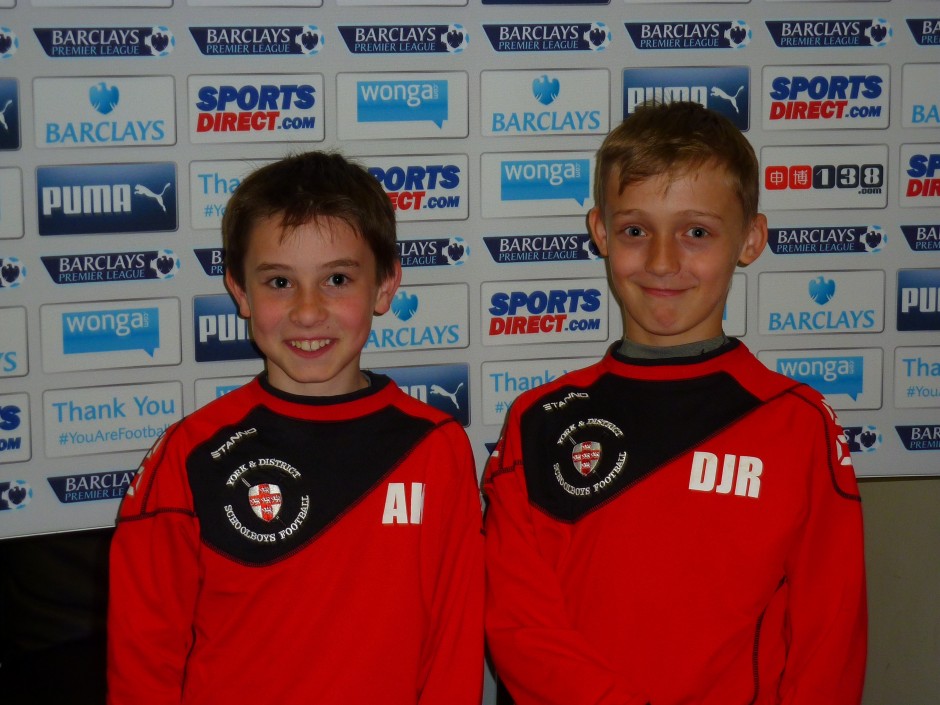 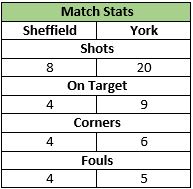 York U12 Schoolboys travelled to Sheffield for their penultimate friendly.  From the kick-off York indicated their intentions taking just 30 seconds for Josh Hall to have a stunning shot parried away for York’s first corner of the game.  York’s central midfield pairing of Elliot Oliver and Luke Jones dominated the early midfield exchanges with Sheffield struggling under mounting pressure from York, a shot from Will Jarvis struck the right hand upright before a the first Sheffield foray into the York Half which was cleared up by Simeon Hopkinson who put a pin point through ball for Josh Hall to scythe through the Sheffield defence before calmly finishing to put York on the front foot making it 0-1 after 4 minutes.  Another York Attack saw Will Jarvis this time strike the left upright shortly after. Sheffield were starting to find their feet in the game; but found the back three of Liam White, Alfie Evans and Simeon Hopkinson resolute, while wingers Declan Racher and Josh Hall were devastating as York enjoyed the majority of possession but could not make the final ball count as they found the Sheffield keeper in fine form with the first period finishing 0-1.

Sheffield started the second period forcing a fine save from Nathan Storr in the first minute, to which York responded with a stinging shot from Will Jarvis that the Sheffield keeper only parry away, with Declan Racher the first to react to the loose ball to put York 0-2 up in the second minute of the period. A Sheffield counter attack was cleared up by Liam White putting the ball through to Luke Jones in midfield who in turn fed Will Jarvis takin the ball though the Sheffield defence to the by line and cutting it back for the on rushing Josh Hall to claim his brace and put York 0-3 up.  York continued to pressure Sheffield with Alex Kemp down the left flank and Harvey Stephenson down the middle but they couldn’t make the pressure count and the second period ended 0-3.

Again York started the third period in the ascendancy with Harvey Stephenson firing narrowly wide in the first minute of the period.  Sheffield were not out of the game; but the defence comprising of Tom Eaton, Alfie Evans and Liam White held firm and when they did manage to breach the York defence they  found Nathan Storr in fine form, forcing some great saves to keep Sheffield out.  As the game wore on Sheffield’s frustration told as they stopped York’s flowing game with some niggling tackles that resulted in some minor injuries that forced York in a number of line-up changes with players switching positions resulting in the latter part of the third period being very scrappy and a stop start affair with the game finishing 0-3.

Managers Comments (Matt Gore): Taking the positives from last week’s loss at home to Barnsley, the team played exceptionally well and I was blown away by all their performances as individuals and as a team as a whole.  Even in the last period where we had to change the team around for periods due to injuries the player’s response was impressive as they continued to play great football.

Man of the Match was awarded to Simeon Hopkinson