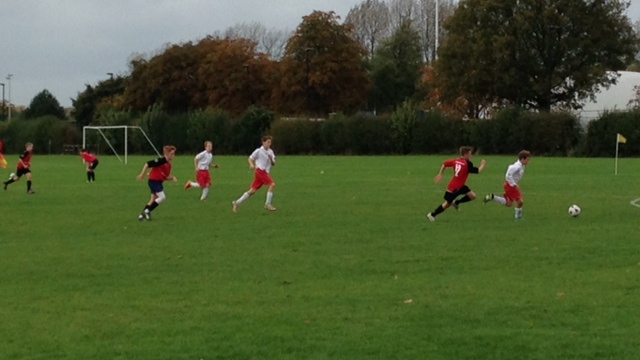 York Under 13’s played hosts to Scarborough in an entertaining friendly, and settled quickly, attacking the Scarborough defence for long periods, creating plenty of chances without managing to convert any of them. York were then nearly caught out by a long ball from Scarborough which defender Lucas Wilson forced the forward to shoot into the side netting. Further chances fell to York with striker Robbie Simpson firing his shot over the bar. York continued to press and good work from Charlie Jebson King down the left to supply a good cross that was narrowly missed by the advancing York forwards.

York eventually broke the deadlock, a corner which was well defended by Scarborough fell to Danny Allinson whose pass found Manni DeNobriga whose pile driver of a strike flew past the Scarborough keeper. The second followed soon after following good work down the right by Dom Jackson who calmly slotted the ball home. Further good work from Jackson down the right supplied a cross for Joe Crosby to convert to make it 3-0.

With York now in total control and further good work from Jackson down the right crossing for Robbie Simpson to score his first goal of the season. York soon made it 5-0 following more good football allowing Joe Crosby to grab his second from close range.

Further pressure from York saw a Jackson cross deflected off a Scarborough defender to make it 6-0.

Scarborough had a late surge and a long ball over the top of the York defence allowing the Scarborough striker to lob Patrick Randall in the York goal to make the final score 6-1 to York.

Man of the match was Dom Jackson who’s relentless work down the right created problems all the game and creating numerous chances for his team mates.