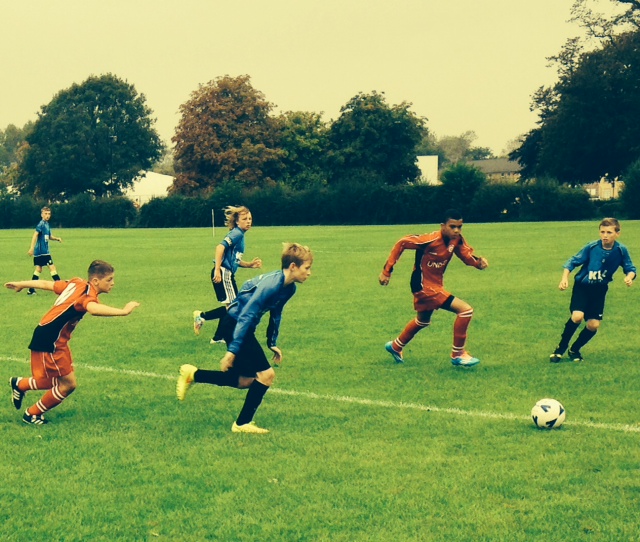 Following a couple of challenging friendlies York started their league campaign against Wakefield.

York were looking for a quick start but it was the opposition who carved out the first chance of the game, a cross from the right was met by the Wakefield forward whose shot was well saved by Patrick Randall.

This scare seemed to wake York up, and on 6 minutes a goal kick from Randall was flicked on by Rob Guilfoyle to set Joe Crosby through to slot the ball past an advancing keeper.

York’s second goal was a fantastic move from back to front with the ball been passed along the back four of Nick Hutton, Lucas Wilson, Ollie Smith and Manni De Nobriga who played a ball down the right for Dom Jackson to cross for Rob Guilfoyle to head in for 2-0.

Wakefield then came into the game causing problems for the York defence who stood firm with help from midfielders Dan Allinson and Charlie Ward. York then broke and a fine cross into the box fell to Joe Hickey who forced an excellent save by the Wakefield goalkeeper.

With York now starting to get on top again in midfield a fine ball by James Hanson to Lucas Frankish who then found Rob Guilfoyle who thumped home York’s third just before half time.

The early part of the second half saw few chances with both teams battling out for supremacy of the midfield. York though had the first chance with a Robbie Simpson free kick been cleared off the line. York continued to press and from a Wakefield goal kick Dom Jackson controlled the ball and shot from 25 yards into the top corner of the net.

York were pushing now for further goals and following a Wakefield corner York broke quickly allowing Lucas Frankish to fire his shot past the Wakefield keeper.

York’s final goal came from good work by Charlie Buckle setting up Joe Crosby who lobbed the keeper from 18 yards to make it 6-0 to York.

With seconds left York lost possession in their own half and following a brave attempt from keeper Harry Griffiths, allowed Wakefield a consolation goal with the last kick of the match.

Man Of The Match – Ollie Smith