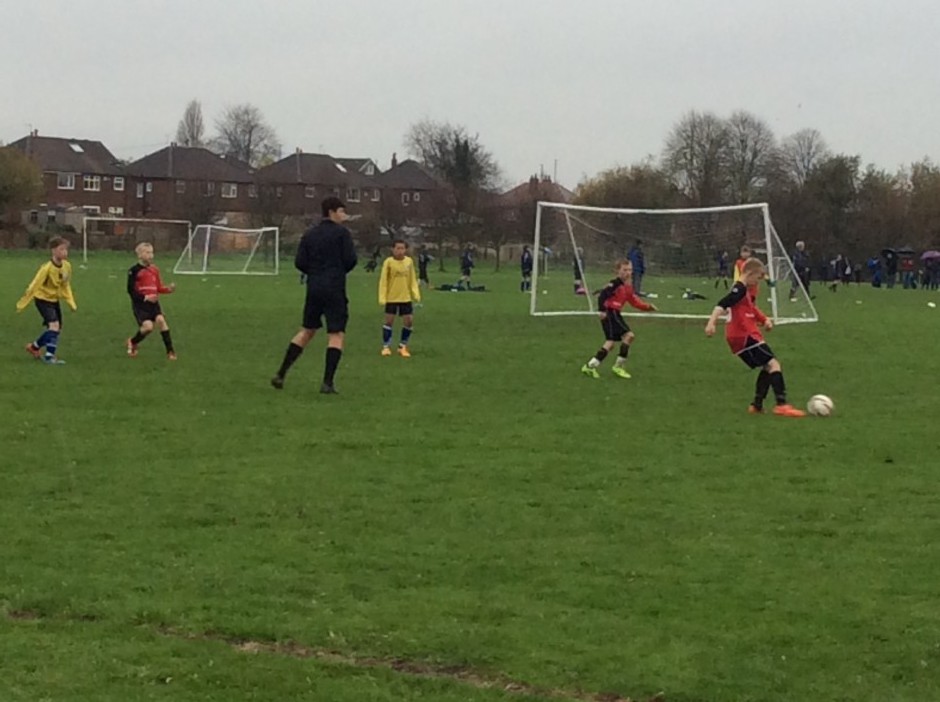 York under 11’s Schoolboy footballers came away with a creditable 1-1 draw against South Yorkshire rivals Barnsley.

York will be slighted disappointed as for large parts of this game they dominated possession. The first half witnessed York on top with possession and when Myles Jackson rounded the Barnsley keeper an early lead looked inevitable only for the shot to creep agonisingly past the far post.

Jack Hughes was dominating in midfield for York and with Elliot Heath looking lively up front it looked only a matter of time before York secured the lead. It was fellow strike partner Oliver Walsh who pounced on a loose goal kick to head down into the path of Elliot Heath who calmly slotted in from 18 yards just before half-time, 1-0 York.

York continued to dominate large parts of the second half with Joe Watt and Harry Tinker now taking the game to Barnsley but the failure to kill off the game seemed to breathe life into the opposition who rallied towards the end of the game with their best spell, but with time running out York looked to have secured all three points especially when keeper Todd Edgar saved brilliantly from a powerful Barnsley free-kick.

Unfortunately for York there was one final twist when failing to clear the last attack of the game from Barnsley the York keeper was now penalised for a clumsy foul on the home striker who calmly pulled himself together to step up and level 1-1 from the spot with the final kick of the game.

Taylor bell was awarded York’s man of the match.