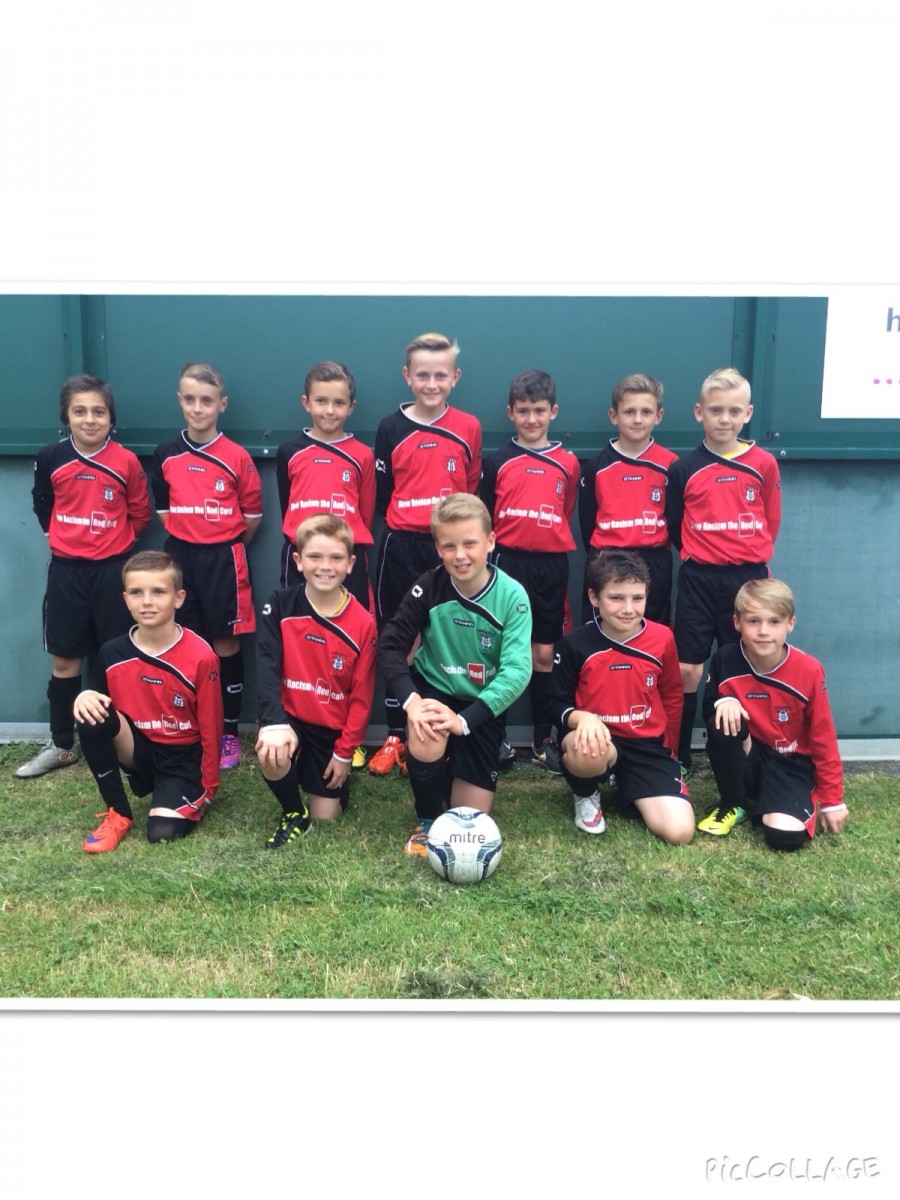 York’s latest crop of Schoolboys the under 11’s made a fine start to their season with and entertaining 5-3 home victory against Hull Schoolboys.

On a wet morning York started the brighter of the two teams with midfielders Kaiden Butler, Mathew Dawes, Ellis Cattaneo and Owen Dunkley dominating the earlier exchanges and it was no surprise when on 8 minutes Dunkley himself opened the scoring after a fine run down the left wing, 1-0 York.

Hull now started to find their feet in the game but the York keeper Noah Ellis was having a fine game but he was finally beaten by a terrific long range strike to bring Hull level at 1-1.

York soon got back into their stride and when Harrison Cain got the first goal of a fine hat trick by side footing the ball into the net after some great work from Mathew Barber York went 2-1 up.

Then Just before half-time Cain scored his second and York’s third after a great pass from Kaiden Butler 3-1 to York at half time.

Hull really came at York in the second half and the game looked finely poised when they got their second goal a fine solo effort combined with some sloppy York defending left the game at 3-2.

York had made changes at half time and all three changes Cole Gayles, Dimitri Georgiou and Tom Algar were making an impression but it was that man Cain who again made the difference with a fine laces of the boot strike to bring up his hat trick and York’s fourth goal but again Hull were not finished and literally from the kick off they went up the other end and rifled in one of their own 4-3 to York, thankfully, Tom Algar with only three minutes remaining sealed a very entertaining game with a powerfully hit free-kick to see York run out 5-3 winners.

A great squad effort with Will Hotson, Kaiden Butler and Harrison Cain winning the plaudits.