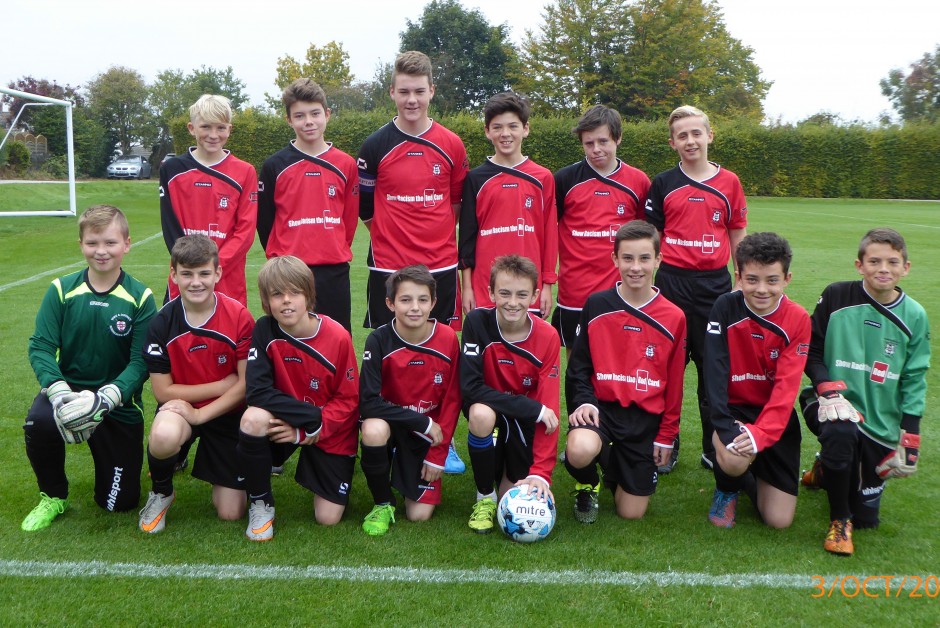 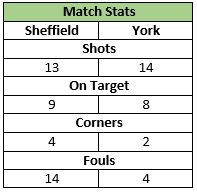 York U13s Schoolboys travelled to Sheffield for the 1st round of the ESFA cup, against last season’s league winners.  Having just finished some very difficult trials and with five new squad members this was going to be a very difficult tie.

Sheffield started the brighter of the two sides and in the third minute York were penalised for a late challenge in the area with Sheffield duly converting the penalty making it 1-0. The home side continued to ply the pressure on York; but the defensive line of Alfie Evans, Leo Jones, Sid McCoy and Liam White kept them at bay until the 11th minute when a stunning 20 yard strike from the Sheffield forward found the back of the net making it 2-0 to Sheffield.

Sheffield continued to press with York’s midfield of Alex Kemp, Leo Potts, Harvey Stephenson and Elliot Oliver working hard to contain the Sheffield attacks.  It was in the 16th minute when Connor Teale and Luke Jones combined to create York’s first shot at the Sheffield goal; but with Sheffield in the Ascendancy York had Nathan Storr to thank for some fine saves that kept the score to 2-0 as Sheffield looked to put the game beyond York in the first half. York stuck to their task and playing some great passing football released Luke Jones down the right wing, driving into the box, and from a tight angle, smashed the ball between the Sheffield keeper and the near post with the ball ricocheting off the inside of the post and the rebound hitting the onrushing defender who could only watch as the ball bounced into the net making it 2-1 to Sheffield going into the break.

Within minutes of the restart Joseph Hodge made a fine save to deny another Sheffield attack.  York started to find their feet and composure with their defensive line of Ben Calam, Leo Jones, Alfie Evans and Liam White snuffing out the Sheffield attacks but an unfortunate mix up 10 minutes into the second half between defence and keeper saw the Sheffield striker pounce on a loose ball to put Sheffield 3-1 up in the tie.

York kept their believe and composure and started to control the game with Leo Potts, Liam White and Alex Kemp all having shots on target but finding the Sheffield keeper in fine form and difficult to beat, a left footed free kick from the right hand side of the penalty area was driven into the side netting from Liam White and it seemed to be a matter of time before York would score their second goal.  James Hymers saw his shot from just inside the penalty area beat the Sheffield keeper only for it to be cleared off the line.

It was now York that were in the ascendancy with Luke Jones having his volley tipped over the bar by the in-form Sheffield keeper.  Sid McCoy, Leo Jones, Ben Calam and Alfie Evans were keeping the Sheffield attack quite, and Liam White, Harvey Stevenson, Luke Jones and Alex Kemp were now dominating midfield with Connor Teale working tirelessly up front, York saw another 20 yard free kick delivered this time by Luke Jones narrowly sail over the bar and shots from James Hymers and Harvey Stephenson well saved by the Sheffield keeper which made the score 3-1 to Sheffield at the final whistle

Managers Comments (Alan Oliver/ Nigel Kemp): Well done to all the lads, especially to the new team members. It was a hard first game for them and hopefully in time they will adapt to the faster pace of the game.

Never the less the team played well for their first game. It was always going to be hard against Sheffield and on the day, luck wasn’t on our side.

Man of the Match was awarded to Liam White.