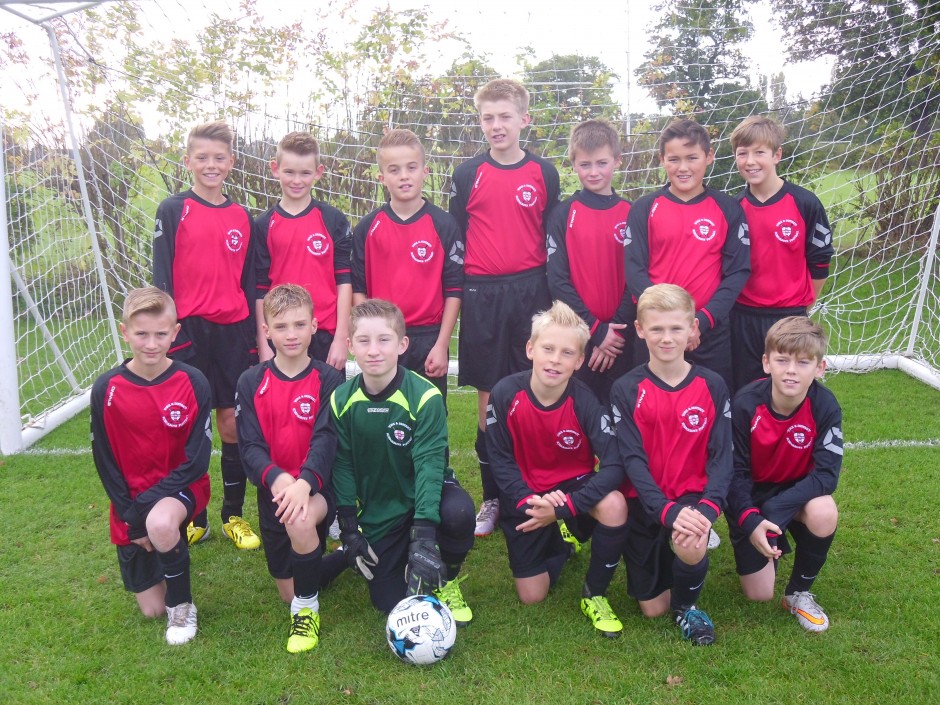 On a wet and  windy morning York school boys under 12”s got their opening league fixture off to a bright start at home to Nottingham.
After a fairly even first ten minutes York went ahead after a Messi like run by Harry tinker beating three Nottingham players before playing in Elliot Heath inside the Nottingham box who put the ball on a plate for Lewis Humphreys to tap in from one yard.
The sheriffs men came back fighting with the referee having to have words with players on both sides, Nottingham being bigger and stronger than the minster men and wanted to use their size advantage to push for a equalizer but York weren’t having any of it, been quicker to the ball and putting in tackle after tackle in a midfield battle that had the York physio on and off the pitch several times.Harry Tinker,Will Hollings  George Turbine who were all outstanding in keeping Nottingham at bay.
York’s second came from some lovely one touch football that put Elliot Heath clear down the right, he turned the last defender inside out and again put a pass across the goal for Humphreys to score from even closer than his first. Two nil. Humphreys now scoring seven in his first four games for the schoolboys.
With about forty minutes gone Nottingham scored from a long throw close to the York corner flag with shots that hit both posts before a close range drive that hit the back of the York net the York keeper Edgar having no chance. York were now fighting to keep their lead with Nottingham pushing on with a new sense of belief, but it was york who were playing the better football and when the visitors handled the ball in their own box George Turbine stepped up to put away the spot kick which sent the keeper the wrong way. This was like an arrow to the heart of the Nottingham players and  with  five minutes to go Isaac Meehan who had had his usual outstanding performance slotted away a low drive from inside the box to finish off Nottingham 4-1
York had to battle to remain undefeated this season wining four in a row, with some outstanding performances from Taylor Bell, Dan Tingle, Ben Hudson and Jack Lowe.
Share Post: