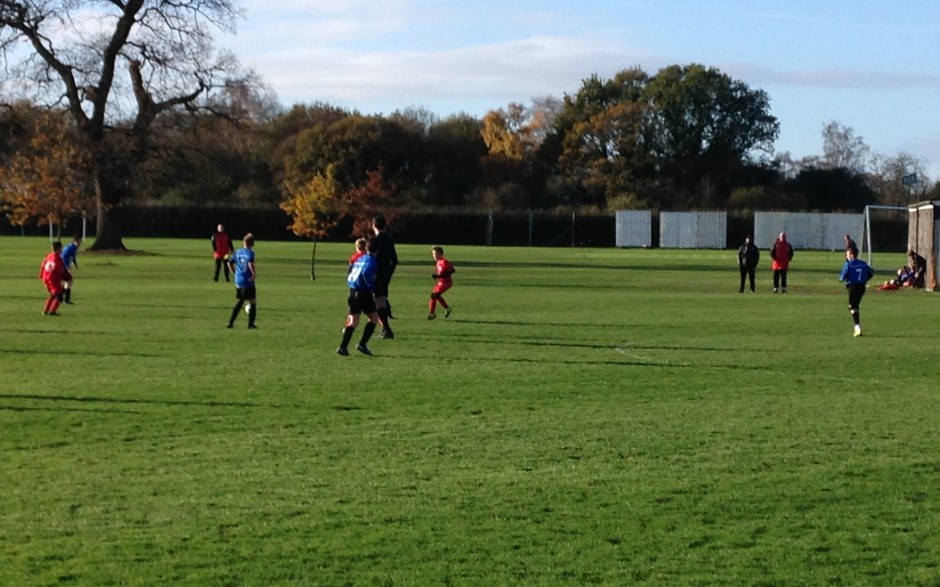 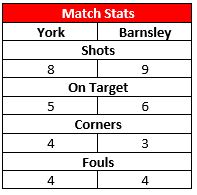 York U13s hosted Barnsley in their final home league game of 2015 on a cold and blustery morning.

From the kick off York dominated possession looking comfortable on the ball and playing some great passing football.  An early corner delivered by Elliot Oliver was eventually cleared long by the Barnsley defence, catching York out with Joseph Hodge diving at the feet of the on rushing Barnsley attacker, who thought he had put the away team 0-1 up only to be disallowed for and adjudged foul on the York keeper.  York continued to play the pressure with great midfield work from Leo Potts, Alex Kemp, Elliot Oliver and Liam White in the York midfield, with the former creating the first shot on target for York.

Mid way through the first half a long clearance by the Barnsley defence caught out the York backline leaving the Barnsley attacker one on one with York keeper Joseph Hodge, and against the run of play, duly converted his chance to put Barnsley 0-1 up.  York continued to play good football; but chances for both sides were at a premium, with Conner Teale, Harvey Stephenson and Luke Jones fabricating shots at the Barnsley goal but were unable to test the Barnsley keeper as they defended in numbers.

With Harvey Stephenson and Connor Teale spearheading the York attack, York found it difficult to make their dominance and slight wind advantage count and another long ball from the Barnsley defence that dropped behind the advancing York defence again left the Barnsley forward one on one with York keeper, who duly converted to put Barnsley 0-2 up at half time.

Barnsley started the second half with the slight wind advantage and immediately put pressure on York’s back three of Leo Jones, Jacob Caringella and Ben Calam who defended admirably; but in the blustery conditions York struggled to clear a goal kick, which the Barnsley midfield and forwards pounced upon and scoring from putting Barnsley 0-3 to the good with 30 minutes left to play.

Three goals to the good, Barnsley started to dominate the play but as with York, failed to test the York keeper and add to their tally with Alfie Evans, and Olly Hanley helping out the York defence.

James Hymers worked hard up front trying to create an outlet for the York midfield as the game ebbed and flowed with neither side creating any clear cut chances to test their opposing defence and keepers with the blustery conditions taking their toll on the game and players.

Managers Comments (Alan Oliver / Nigel Kemp / Neil Stephenson): Unfortunately, a bad day at the office.  Let’s put this game behind us.  Learn from the game, go forward and get back on the winning trail next Saturday.

Man of the Match was awarded to Elliot Oliver