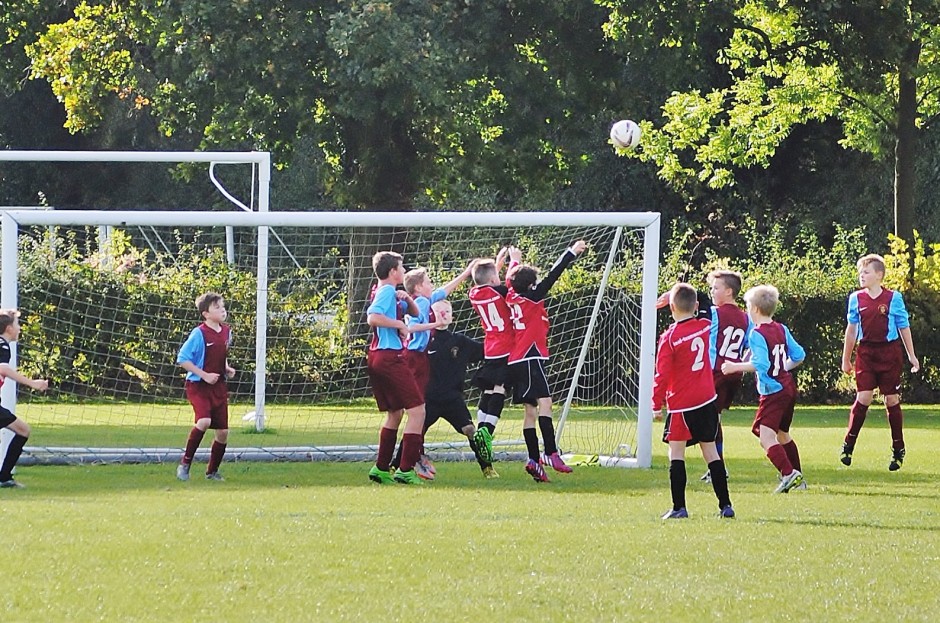 YSB U12’s first league match was never going to be easy. Away to East Riding, always a
tough opposition.

For the first 10 minutes York were dominant. Pressing with hunger and
desire. Against the run of play York went 1 nil down but soon drew level with a goal from
some tenacious work by Harrison Cain.
Soon after goal keeper Noah Ellis pulled off a great save to keep the score level. Minutes later East Riding were back in front with a deflected shot 2-1.

York not deterred by this York soon hit back with a great strike from Kaiden Butler 2-2.
York now on top again when mid fielder Tom Algar latches onto a loose ball and hits a
wonder volley to make it 2-3.

York keep attacking and just before half time make it 2-4 with a
brilliant solo effort from Cole Gales. What a great first half for York.

15 minutes into the second half, East Riding came back to level the score 4-4.

York now get their second wind, and with determined hard work from mid fielders Ellis
Catanneo (captain) and Oliver Darley, solid defensive work from Mattie Dawes, Will Hotson
and Tom Coy made sure there was no way back for East Riding.

Well done boys. What a great start to the season.