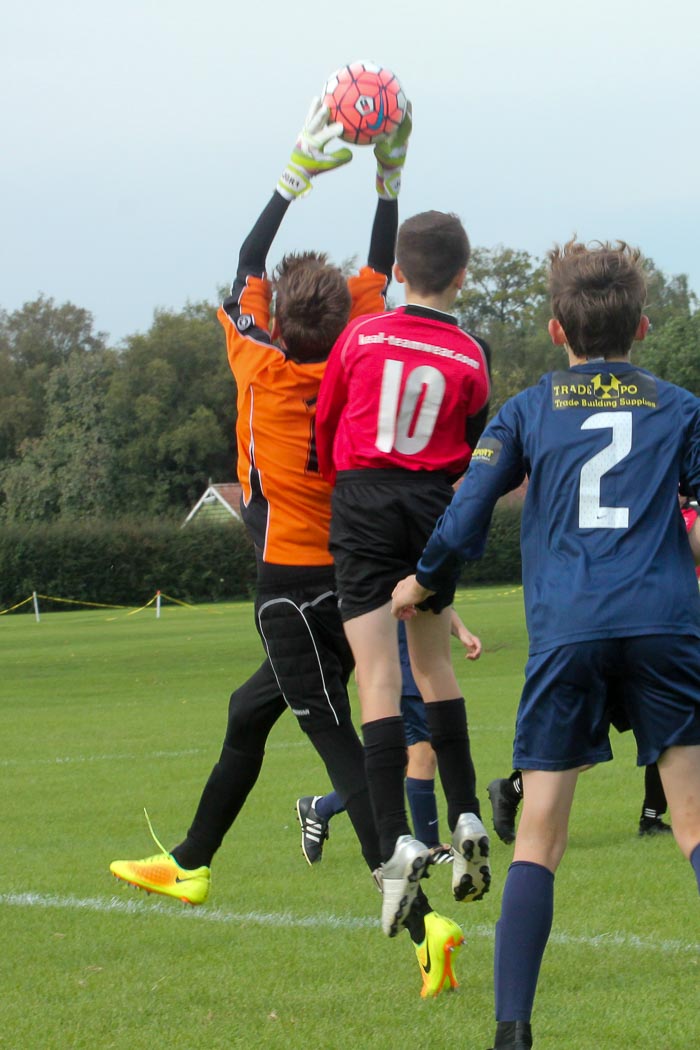 York schoolboys u13s first league game of the season was an away game to East Riding, this coming straight after a friendly the week before when York definitely had the upper hand wining the first encounter 6-0.

East Riding had definitely learned from the last weeks game. The game started evenly with both sides fixed in a midfield battle, the home side packing the midfield out with five across the middle of the park and only playing one up front it was always going to be difficult for either team to break down the opposition.

On fifteen minutes the home got the break through against the run of play when York put themselves under pressure getting caught trying to play the ball out from the back, the home sides midfield jumped on the chance and put their striker through on goal who finished in style. York set about trying to get back on level terms with chance after chance going astray with Humphreys, Hollings, Heath and Thornton all going close. From a Harry Tinker corner Ben Hudson got his head on the cross which again saw the home sides keeper managing to claw the ball back from the line to Yorks disbelief. The game was now one-way traffic with Yorks defence of Roughley, Tingle and Pearson keeping the home sides lone striker under wraps.

Twenty-five minutes gone York schoolboys have another corner from Tinker, again East Riding couldn’t deal with it, Ben Hudson got his head to the ball a yard from the goal line which looped over the keepers outstretched arms and into the net 1-1.

Second half and the game carried on from where the first half finished with York having the upper hand still creating chances, Will Hollings heading over from six yards and Ben Thornton with an overhead kick just missing the target. Humphreys and Heath both having attempts that the home sides keeper couldn’t hold and having to be scrambled away.

East Riding were playing on the break but Yorks George Turbine was on top of his game making sure that nothing became of these breaks, Into the last quarter of the game and still the city boys couldn’t break down a well marshalled defence, Oliver Kilvington put in a corner that had everyone beat and had the keeper back tracking along his line, he again managed to get a hand to it and tipped the ball over for yet another corner.

The game finished with the away team on the front foot still trying to conjure something up to win the game. York came away with a draw from a game that they deserved a lot more from.