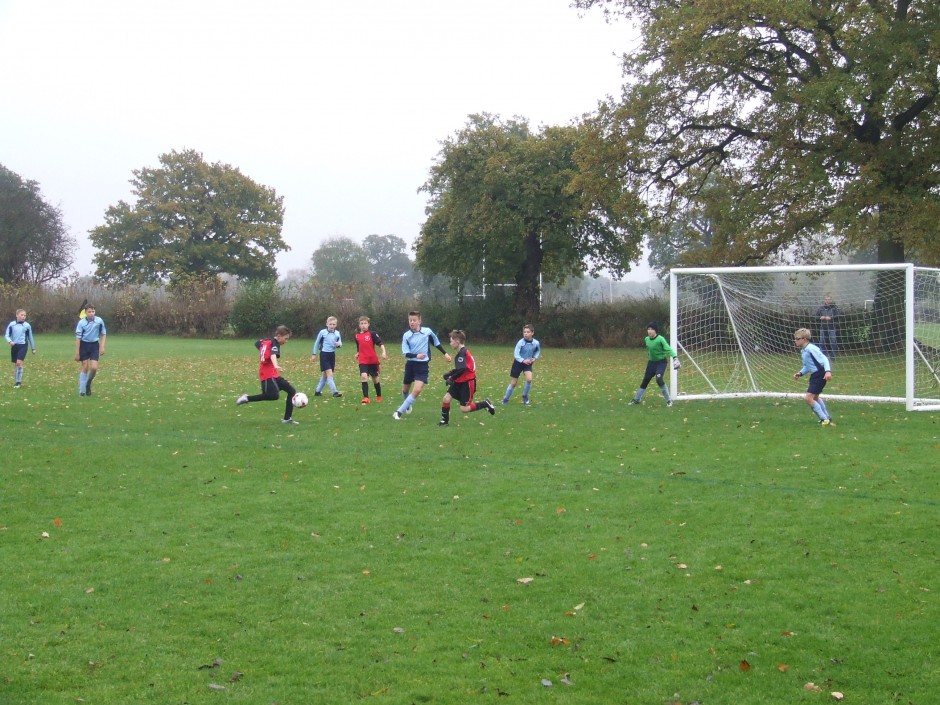 On a cold crisp Saturday morning at the University York U 12’s hosted Nottingham and were looking to extend their unbeaten league run to 4 games.

From the first whistle it was York who started the better of the two teams. The front line lead by Harrison Cain pressured the Nottingham defence relentlessly and ensured they knew York meant business.  After managing to take a hold of the game early doors with some great work down both flanks it was a fierce long range shot from Dillon Meehan which troubled the keeper who could only palm the ball into the path of inform striker Tommy Cahill to calmly place the ball into the back of net (1-0).With a solid defence of Matthew Dawes, Tom Algar and Tom Coy the strike force of Nottingham were finding it hard to create opportunities.

The midfield of Kaiden Butler, Ellis Cattaneo, Dillon Meehan and Tommy Cahill were proving too much for their opposite numbers, looking dangerous going forward but also doing the dirty work of tracking back. As the first half progressed Nottingham went close on a couple of occasions but were kept at bay due to some great saves as Noah Ellis commanded his area well and took charge when set pieces came his way. As the first half came to a close Dillon Meehan once again found himself with some room to try his luck from 20 yards outside the box, this time there was nothing the keeper could do to keep the ball out of the net (2-0).

After a fantastic first half performance York understood that this game was far from over. As the second half kicked off, both teams looked to find the next goal. The introduction of Cole Gayles and Oliver Darley looked to bring a sense of creativeness down the left hand side.  A skilful run from Gayles, cut inside from the left, his first attempt blocked by the keeper but managed to latch onto the rebound to finish well, slotting the ball into the bottom corner (3-0). In the final 10 minutes Nottingham came back into the match but were struggling to get past Will Hotson who put in a tremendous shift to help keep York’s second consecutive clean sheet. In the dying minutes when the game looked to be coming to a close the ball was fed into the path of Tommy Cahill who left the goalkeeper with no chance and put the ball into the top right corner(4-0).

An all round exceptional performance from the York team who continued to show their worth against a strong Nottingham team. York are now unbeaten in four and will look to continue this great run of form.