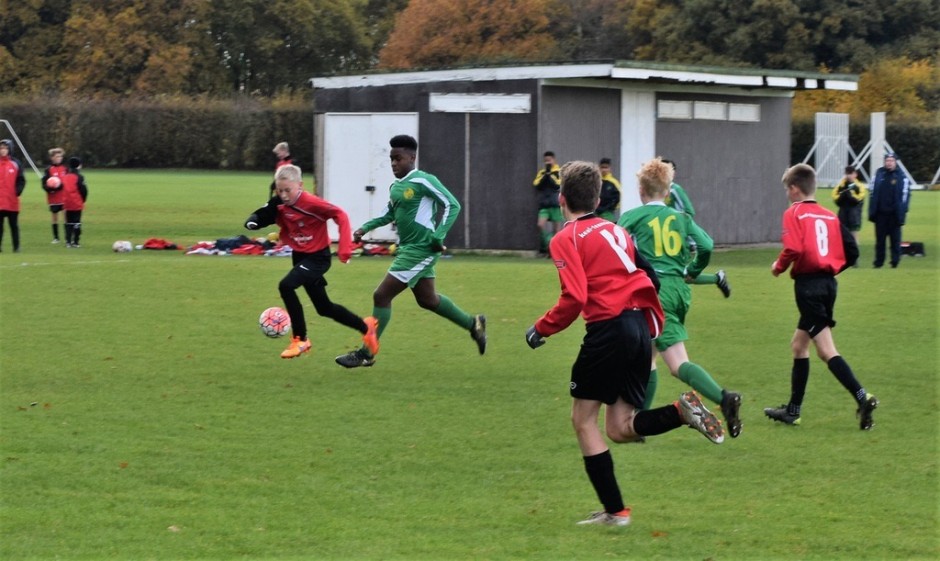 This was the first time the two teams had met since Nottingham beat York in the Martin Dale Trophy final last season.  Both teams at this point of the season were unbeaten.

The game started very equally with both teams struggling to enforce themselves on the other and from the off tackles were a plentiful hard but fair.  York centre-back pairing of Hudson and Pearson seemed to have the upper hand keeping the opponents at bay.  Midway through the first half neither side had really created much with the game fought out in midfield, Jackson Cowl and Harry Tinker both putting in fine performances in front of the back four.

The home sides first and only attempt on target in the first half came from Eliott Heath hitting a shot from twenty five yards that looked to have the keeper beaten only to see the keeper at full stretch tip the ball onto the cross bar.  The game now was a series of individual battles. George Turbine was having his usual solid game at the left side of defence and Yorks keeper Toby Warren in goal, for most of the half was just mopping up anything that managed to escape the clutches of the York defence.  Joe Roughley, York’s right back clashed with the Nottingham striker ten minutes before the break leaving him with a dead leg that kept him out of the rest of the game.

Half time came with neither side looking likely to score with both defences on top, the second half followed much as the first with both teams putting their bodies on the line, resulting in both teams having to make substitutes, Lewis Humphreys going off for York with a knock to the knee.  Elliot Rayner and Oliver Kilvington both ran themselves into the ground in the centre of midfield along with Taylor Bell.  As the game entered the final third the home side were still trying to create with Eliott Heath causing problems for the Nottingham defence everytime he got on the ball.

The tide was slowly turning for the away side who were now looking the more dangerous of the two sides, when Nottingham broke down the right and put in an early shot across the city keeper Edgar from the edge of the box, Edgar threw himself to his left but to no avail, one nil to Nottingham.0-1.

The city boys weren’t beaten yet and kept pushing for the equaliser but Nottingham weren’t about to give up their lead easily with tackles flying in right across the pitch,referee Harry Sturdy doing well to keep a lid on the match which was now getting very aggressive.  With a matter of seconds on the watch the away sides midfielder received the ball midway in the York half just has he was about to be closed down by Harry Tinker, he got is shot away from the ball taking a deflection sending the ball into the top of the York net.0-2

The game ended with both the attacker and defender receiving treatment from their Physios .0-2 Yorks first defeat of the season.