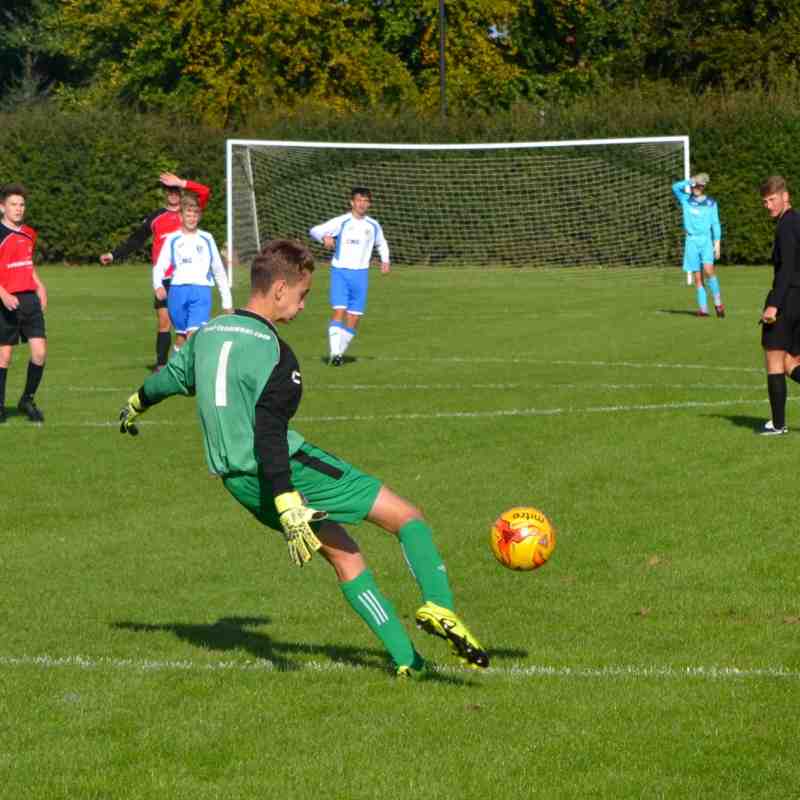 York Under 15 returned to league action today with a tough away trip to current league leaders Rotherham.

With the game been played on an excellent 4G surface, Rotherham started the stronger and within two minutes they took the lead when the Rotherham striker was allowed to run with the ball and shoot from the edge of the area, the ball went through a crowded area into the bottom corner of the York goal giving keeper Patrick Randall no chance.

With York struggling to get to grips with the pace of the game they soon found themselves two goals behind for the first time this season when the Rotherham player was allowed to turn and shoot from ten yards.  As the half progressed York started to gain a foothold in the game, with the central midfield duo of Danny Allinson & Lucas Wilson becoming more influential assisted by both wingers, Robbie Simpson and Ben Barker Spencer. On the half hour York unexpectedly pulled a goal back when Lucas Wilson went on a run, beating two players and hitting a dipping shot from twenty five yards past the Rotherham keeper. Within three minutes York found themselves level when Wilsons shot was well saved by the Rotherham keeper but the rebound was pounced on by York striker Joe Crosby who calmly beat the Rotherham defender and fired the ball into the goal to make the score 2-2. Further half chances were created by Manni De Nobriga but York were unable to take the lead.

Rotherham rallied for the final ten minutes of the half and resolute defending from Oscar Butters, Max Warren, Lucas Frankish and Tom Fleet kept the scores level at half time.

York started the second half strongly and enjoyed the majority of the early possession without creating any clear cut scoring opportunities or troubling the Rotherham keeper. As the second half progressed Rotherham started to come back into the game and were soon creating chances but solid defending by Oscar Stott in the heart of the York defence and solid saves from York keeper Patrick Randall kept the scores level.

This was Yorks first league defeat of the season, but the team can be proud of their overall performance following a slow start to the game.