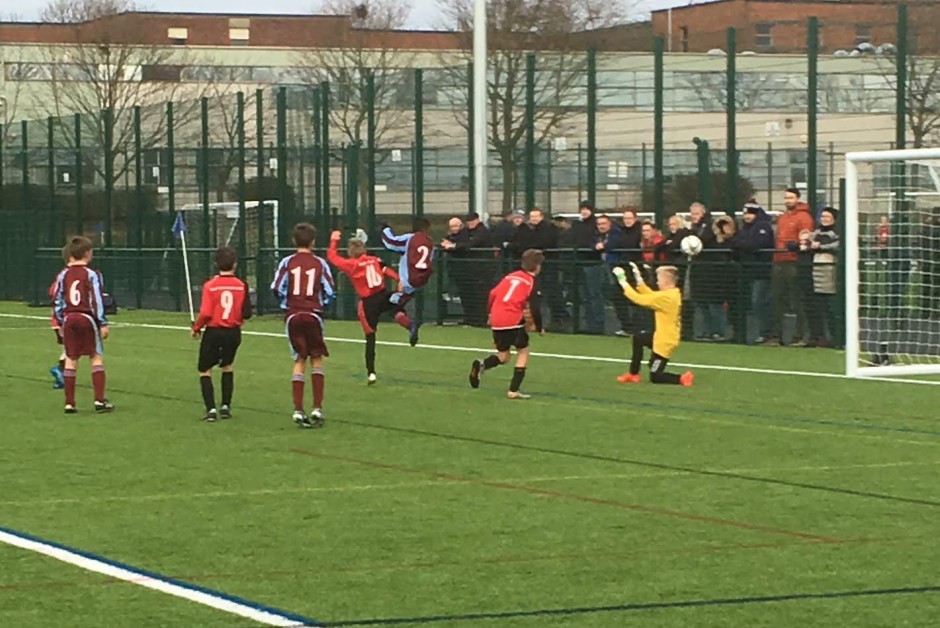 York under 11 schoolboy footballers produced their finest display so far this season with a superb team performance to beat the undefeated Sheffield Schoolboys.

The game started with York on the front foot with midfielders Fraser Clarke, Liam Mainprize, Jamie Hudson and Jack Whalen winning the early exchanges and forcing a succession of corners but York were finding out quickly that Sheffield had an outstanding keeper and could not find a way past.

Sheffield were now coming into the game and on 12 minutes broke away on the counter attack and a neat passing move was smashed home from long range to give Sheffield a 1-0 lead.

Undeterred York were still pressing hard and looking the better side but could not seem to put the finishing touches on their football and went into half time 1-0 down. The second 30 minutes followed a similar pattern to the first with Sheffield mainly playing on the break but York’s defence of Paul Iggulden, Ryan Evans and Ben Myers were providing a secure screen and Goalkeeper George Brown was providing a safe pair of hands when called upon.

Just when York thought it wasn’t going to be there day a crucial tackle from Adam Clarkson forced the ball into the path of striker Ronnie Kelly who calmly rounded the keeper and levelled the game at 1-1.

With only 10 minutes remaining York threw everything they had at Sheffield and after a free kick for York was fiercely whipped in Liam Mainprize added the finest of flicks to deceive the home keeper 2-1 York.

The frantic finish carried on with Sheffield now attacking and hitting York’s crossbar but rebounding out and straight from this York slipped a long range pass into the path of Jack Whalen who ran through and sealed a well-deserved 3-1 victory in what was a thoroughly entertaining game. York coach Conor Qualter praised the boys for their hard work and determination for winning the game so late on.