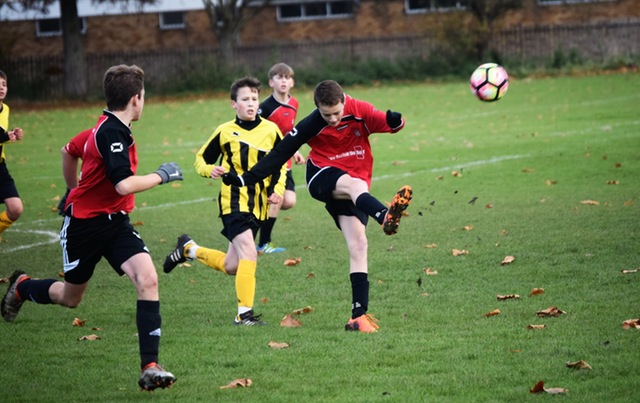 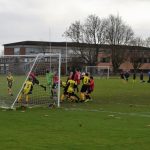 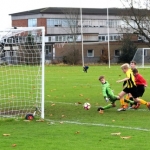 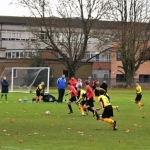 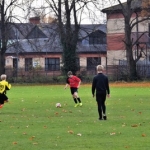 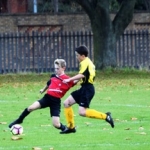 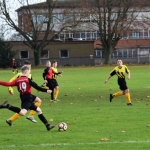 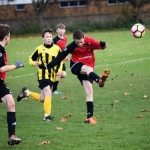 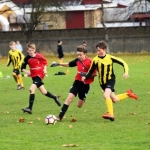 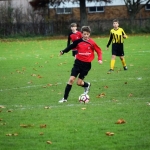 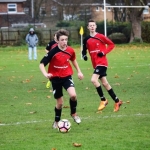 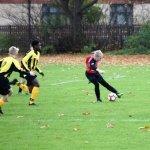 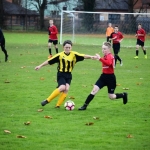 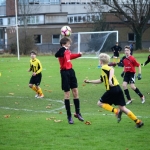 York Schoolboys u13 made the long journey down to Boston Lincolnshire in the 3rd round of the ESFA CUP.  In good conditions both teams tried to impose themselves on the other with the home side straight from the off putting in some fair but hard tackles and some not so fair, after fifteen minutes it was the away side that was getting the upper hand with Lewis Humphreys going close from the edge of the box, not long after Humphreys missed the target from inside the box.

In a hard fought midfield battle the York pairing of Jackson Cowl and Oliver Kilvington had to overcome a home side that wasn’t going to take a back step.  The referee having to pull up the home side several times for pushing.  Taylor Bell playing down the left for York was having a fine game twisting and turning the Lincolnshire side defence, putting in several crosses and passes into the box for  Eliott Heath and Lewis Humphreys who both brought saves from the home sides keeper.

The city boys were now on the front foot with Harry Tinker making great inroads from the right for York.  Yorks defence of Roughley, Pearson and Tingle had kept the home side at bay with keeper Toby Warren not really troubled midway through the first half.

York looked likely to cause problems to the Lincolnshire team every time they had the ball down the left with George Turbine feeding the ball into Bell, wide on the wing Bell beat his man and put in a cross that the keeper couldn’t hold, the ball dropping to Humphreys who shot from close range, the keeper could only push onto the post, Humphreys stepping over the keeper to toe poke into the net 0-1.

The goal brought the best out of the home side who now started to put more pressure on the city boys and with only seconds to go in the half the home side was given a free kick on the edge of the York box, wall in place on the six-yard box and to the disbelief of the York side the kick managed to find its way into the bottom corner of the York net 1-1.  The half time whistle blows.

The second halve followed the same vain as the first with the away side creating chance after chance, Ben Thornton hitting the post from a shot inside the box, Elliot Rayner having his best game for the schoolboys broke down the right beating two defenders, breaking into the box and hitting a shot that had the keeper beaten only to see the ball hit the crossbar. Heath also beating the keeper only to see his shot go wide. York had now gone to three up front and were firmly camped inside their opponents half, with nothing much coming back at them.

Fifteen minutes to go and the breakthrough came Lewis Humphreys picked up a pass from Rayner inside the box hitting a first time shot that this time found the corner of the goal.1-2.  Lincolnshire now staring Cup defeat had no other option but to attack, but they still couldn’t break down the city defence and with more urgency, both sides tackles becoming more desperate, from one of these tackles the home side got a free kick outside the box, Todd Edgar put his wall in place, the direct free kick was hit with force that took a deflection that wrong footed Edgar, the ball going in the opposite side of the goa l2-2. The last five minutes saw York pepper the home sides goal Heath hitting the post, Humphreys heading over from five yards.

Full time came and straight into penalties.  The home side going first after five penalties each the score was 3-3 and into sudden death Lincolnshire scoring their next three penalties, York having to play catch up scored their next two but missing their next, 2-2 at full time and 6-5 on penalties.