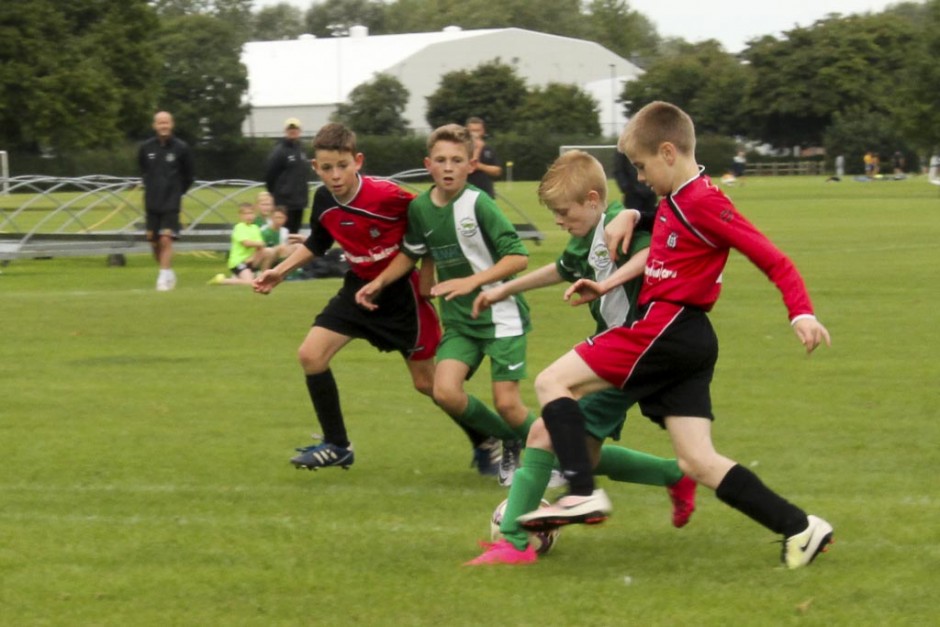 York under 11 schoolboy footballers recorded their undefeated league record with a gritty 2-1 home win against Leeds A at York University.

This result meant not only did York go top of the league but remained the only team with a 100% win record.

Leeds started the brighter of the two teams forcing the early pace but it was from a poor defensive clearance that York got themselves into trouble as it fell to the Leeds number 9 who slotted under the advancing York keeper George Brown to make it 1-0 to Leeds after only 7 minutes.

York now had to change keeper due to injury with Henry Jackson taking over keeper duties. York began steadily to assert themselves on the game with Jamie Hudson, Jack Whalen and Liam Mainprize winning the midfield battles but it was Adam Clarkson who after winning two midfield challenges popped the ball out to prolific striker Ronnie Kelly who made no mistake from 10 yards 1-1 and York were right back in the game.

At half time York introduced Bobby Boyson, Dylan Jones and Noah Morgan the fresh legs helped keep up York’s intensity and after a succession of corners Jamie Hudson chested down and drove the ball home to give York what turned out to be a winning 2-1 lead.

Leeds battled right to the final whistle but outstanding defending from Ben Myers, Ryan Evans and York’s man of the match Paul Iggulden eased York over the winning line.

York travel to Scarborough for their last league game now knowing from the nine District regional league competition York cannot be overtaken but will be looking to complete this stage of the competition not only as league winners but maintain their 100% win record in tact.