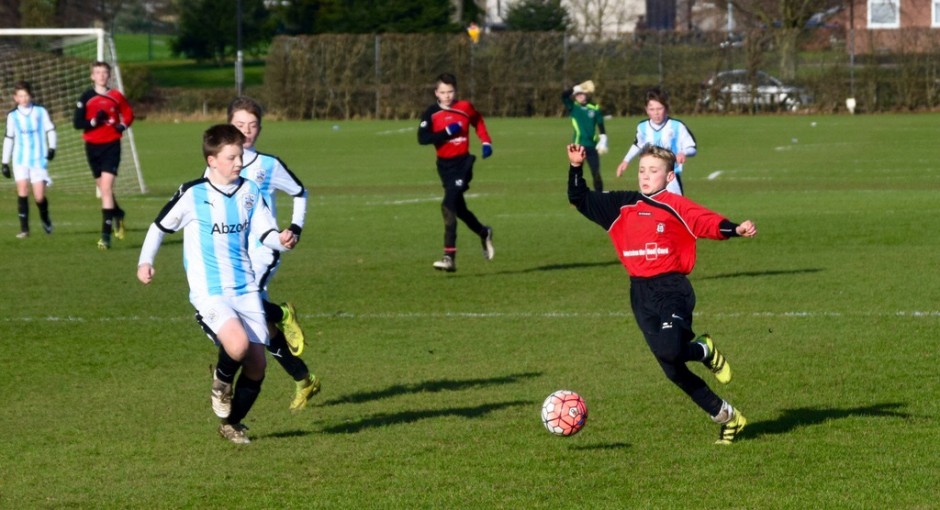 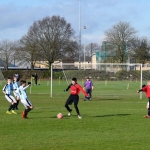 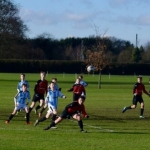 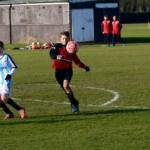 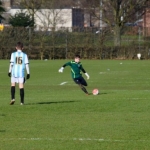 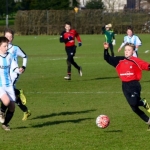 York Schoolboys U13 played host to Huddersfield U13 in the league.

In perfect conditions, the home side started like the weather, brightly, Ben Thornton and Lewis Humphreys combining well together working the Huddersfield defence from the first whistle.  As the game settled down both teams looked evenly matched, both having spells in the others half Dan Tingle, Ben Hudson and Ben Pearson keeping the away sides attack at bay.

Will Hollings was pulling the strings for York in the centre of midfield assisted by Taylor Bell on the left and Elliot Rayner down the right, both creating chances for the York attack; midfield was congested with both teams playing five across the middle Harry Tinker and Oliver Kilvington working hard to keep the home side on the front foot.

Midway through the half Lewis Humphreys broke down the right for York beating one and rounding the full back, he crossed the ball for Thornton, before the ball could reach Thornton the Huddersfield centre half cleared the ball into his own net 1-0.  The city boys finished off the half comfortably, Toby Warren being the quieter of the two keepers.

Second half started pretty much the same as the first finished, Huddersfield trying to play out from the back and York pressuring them high up the field, both sides playing some lovely flowing passing football, which was a credit to both sides.  It was from one of these flowing attacks that bought about the Huddersfield equaliser, passing the ball through the York defence giving Todd Edgar in goal little chance 1-1.

York weathered the Huddersfield storm with fine defensive displays by George Turbine and Joe Roughley and took the game straight to them Eliott Heath causing problems every time he got on the ball never giving up on anything.

The home side didn’t have to wait long to retake the lead from an attack down the left where Humphreys had broke the defensive line of Huddersfield, the ball not being cleared fully, eventually found Taylor Bell on the edge of the box who with the keeper out of position hit a first time shot that hit the back of the net unopposed 2-1.

York kept pushing for a greater lead Ben Pearson overlapping at every opportunity he got from right back. Jackson Cowl was working tirelessly in midfield breaking up attacks, fifteen minutes to go and the home side on the attack on the edge of the Huddersfield box a stray pass was leapt upon by the Huddersfield defence clearing up field, two passes later and defence had turned into attack within seconds the ball had travelled the full length of the pitch and into the York goal 2-2.

With less than fifteen minutes left York had to go straight back on the attack, Bell hitting the cross bar and having another shot parried by the keeper having the ball cleared off the line. A cross from the left saw Humphreys sliding in on the back post Humphreys finished inside the goal but the ball didn’t. The game finished with the home side camped in their opponents half but to no avail.