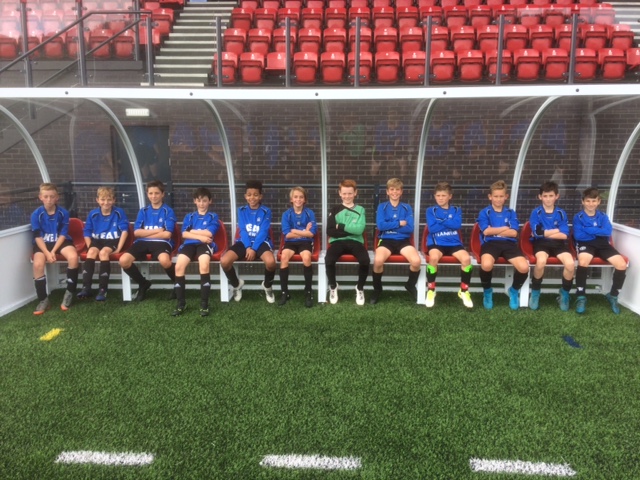 Seasiders ship in seven against York:

York Under 11 Schoolboys football team travelled to Scarborough for only their second game of the season. The first twenty minutes of the game consisted of York creating but also missing strong goal scoring opportunities.

Scarborough posed their biggest threat of scoring through long range efforts, one of them forcing an astute stop by York goalkeeper Jacob Bryant. Eventually York’s Alex Widdup broke the deadlock with a tidy finish into the bottom right hand corner.

York continued to attack and were soon rewarded with two more goals, both expertly finished by Alfie Creswell whose overall performance was to later earn him man 0f the match award.

Alex widdup then rose the highest in the Scarborough penalty area to nod home the fourth and his second. York maintained their pressure in the oppositions half and in the final twenty minutes of the game Charlie Thompson and Leo Berriman were both rewarded for their fantastic performances with a goal each. York’s Arthur Jefferson-Hallet scored the seventh with a wonderful long range strike which sailed into the Scarborough goal.

York’s coaches were delighted with the performance and credited every player involved.

They were very happy with the attacking play for obvious reasons but were also pleased with the defensive work from Kiam Browne, Will Hobson and Luke Woodhead which left Scarborough with a very limited amount of shots on goal.