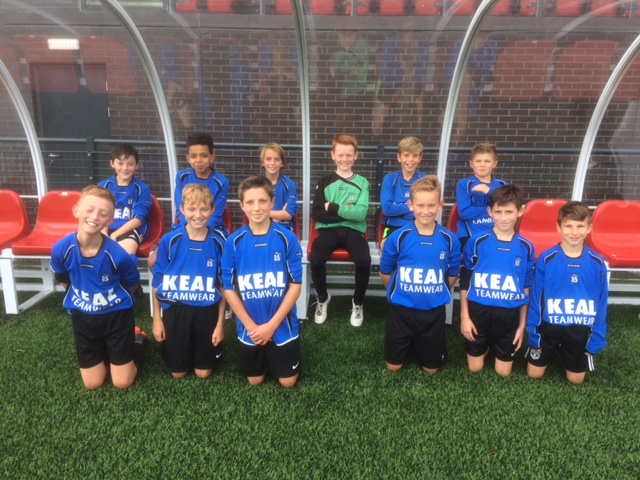 York started the stronger of the two Yorkshire teams, yet surprisingly found themselves a goal down because of a well-executed Barnsley penalty on the ten minute mark. York maintained their early dominance and were soon rewarded with three quick fire goals, Alex Widdup getting the first two and James Rennocks with the third.

From there on York continued in a confident fashion scoring another four goals. Charlie Thompson and Kiam Browne with a goal a piece, both shots were dispatched with power into the Barnsley goal. Rennocks got himself a brace of smart finishes whilst Widdup saw his strong performance rewarded with a hat-trick.

York’s coaches were very pleased with the whole team’s performance and felt they thoroughly deserved the score line. Every individual performed well, which following the game left the coaches with some incredibly tough decisions finalising their squad for the season.

The coaches would like to thank every player that trialed this season and also ask that you please re-trial again next season, because a lot can change over the course of a year in football.