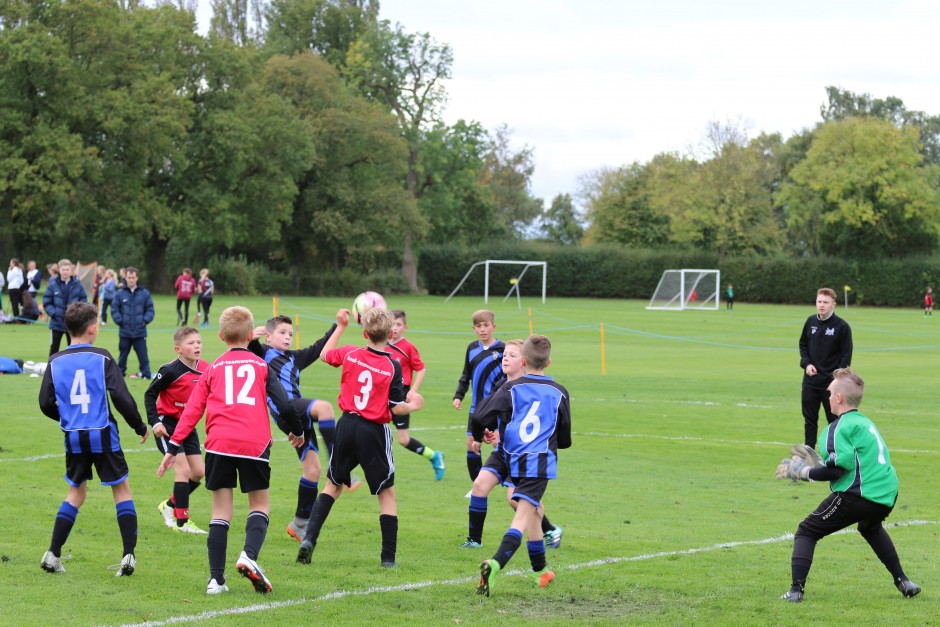 York Under 11 schoolboy match Report:
York under 11 schoolboy footballers maintained their promising start to the season with a convincing 8-1 away victory at Barnsley in their second league game.

The first 20 minute period was a scrappy affair but York broke the deadlock on 14 minutes when Charlie Thompson rifled the ball home from an acute angle to give York a 1-0 lead this was soon followed by Alex Widdup scoring from close range after fine work from Adi Bajaziti.

The second 20 minute was totally dominated by York and 3 further goals followed, a brace from the outstanding Thompson to give him his hat trick and then a fifth from James Rennocks who had worked tirelessly down the right wing for York. Barnsley pulled one back in the last 20 minute period but this seem to only inspire York on again and three further goals followed from Thompson his fourth, Will Hobson with a fine long range strike and finally Arthur Jefferson Hallet neatly beat two Barnsley
defenders to slot home from close range to leave York comfortable 8-1 winners.

York were free scoring but the coaches praised the hard defensive work from Kiam Brown, Luke Woodhead, Alfie Cresswell and Leo Berriman for setting the platform.