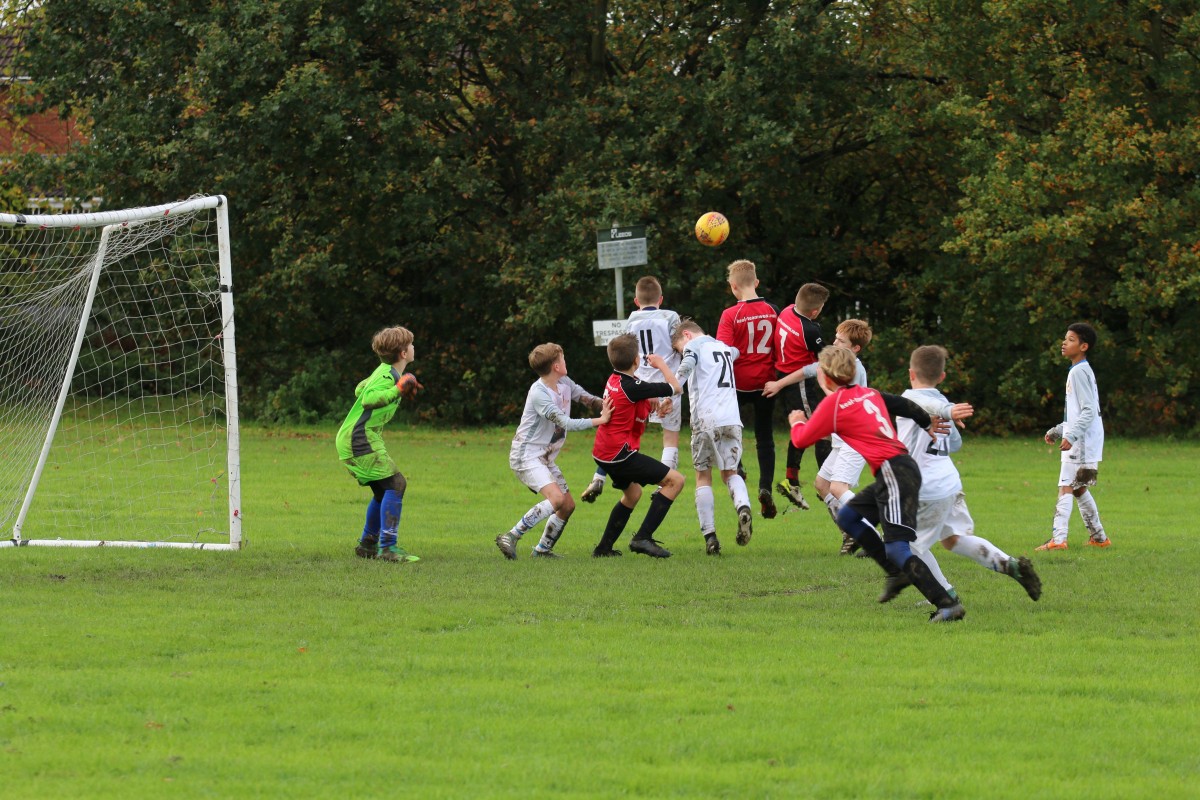 Last Saturday York & District Schoolboys U11s encountered their toughest test of the season so far, their opponents were the ever strong Leeds Schoolboys.

Both teams had great form going into this exciting fixture. As soon as the first whistle blew York knew they were in for a tough test as Leeds narrowly missed the target in the opening minute. Leeds certainly started the strongest, and on the ten minute mark a fine cross from the Leeds left midfielder was converted at the back post, putting Leeds 1-0 up.

A second shortly followed for Leeds, again they looked to put the ball into the York box but the cross come shot this time ended up in the top corner of the York goal. York found themselves 2-0 down at the interval.

In the second twenty minute period York began to get a foothold in the game and were matching Leeds in desire and determination. Soon enough James Rennocks drifted by a Leeds defender before drilling the ball across the face of the Leeds goal and captain Charlie Thompson powered the ball home, 2-1. York were now gaining confidence and playing in a much more positive manner. Thompson put the Leeds defence under pressure resulting in a throw in deep in Leeds territory. From this throw in York played their way to the bye line and delivered a cross into the Leeds Penalty area. The cross was cleared to the edge of the box where York’s Adrian Bajaziti was intelligently waiting, he then excellently guided the ball into the bottom corner which got York equal, 2-2 at 40 minutes.

The final twenty minutes of the game was frenetic and both teams had chances to win it. However the game finished in stalemate which was probably the fairest result. All York’s players got better as the game went on, as a group they showed fantastic character to come back from 2-0 down against a very strong Leeds outfit. York’s coaches were very proud of the whole squad for the effort they gave and their never give up attitude.