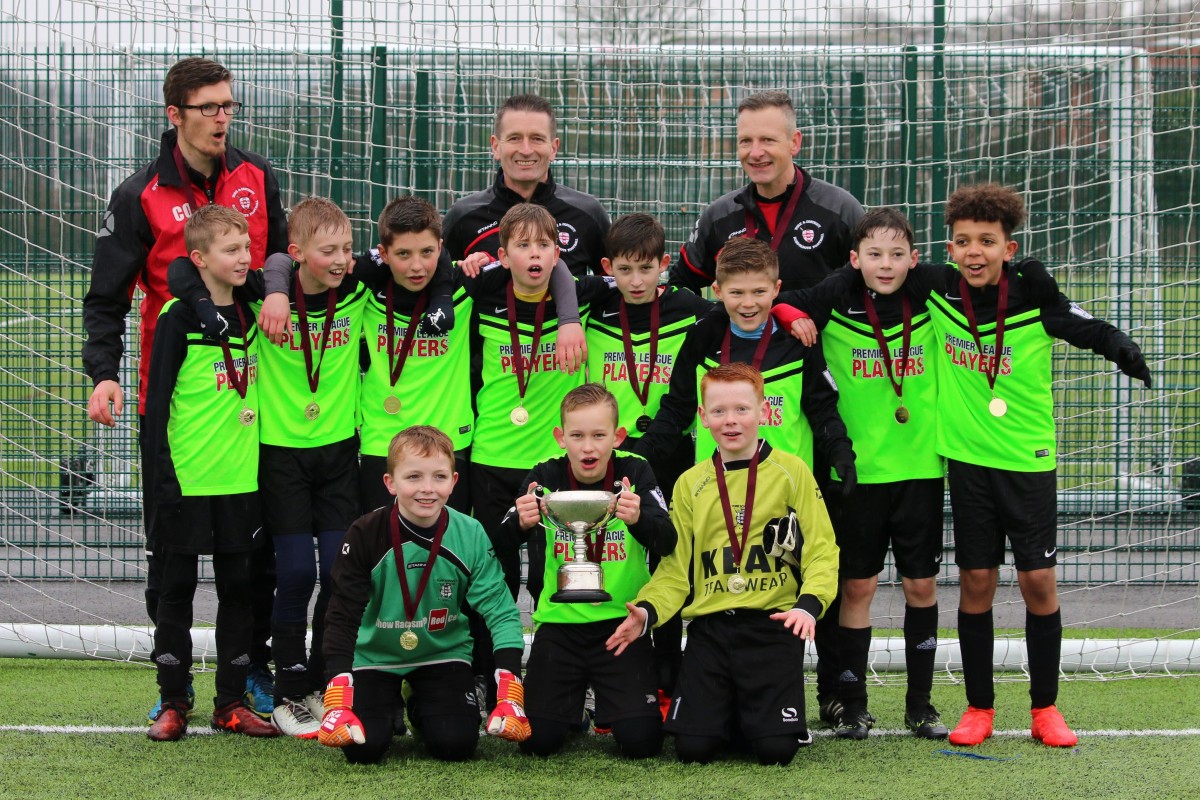 The Green Un Cup has been re-formatted to a one day tournament with two groups of five district teams including the likes of Leeds Sheffield and Nottingham.

York were drawn in group 1 with Scarborough B, Leeds B, Eastwood and Nottingham.

York started the tournament in emphatic style winning their first game 4-0 against Scarborough B. Kiam Browne was a dominant force in the game and produced a lot of great work.

Leeds B were York’s next opponent, this was a much tighter affair and it took a fantastic goal by Alex Widdup to secure the 1-0 victory.

In the third back to back game York pitted themselves against Nottingham who had won all their games up until this match. The points were equally shared with a 0-0 result.

The final group game for York was against Eastwood, they managed to get another victory, winning 2-0. Luke Woodhead got his second of the day with a well-timed header, and Leo Berriman finished off an impressive York move for the ultimate goal of the game.

Finishing second in the group behind Nottingham York faced the table topper from the other group Leeds A in the semi-final.

This was a tense match-up with few chances for either team. Fortunately one of the opportunities York did get fell to the feet of top goal scorer Charlie Thompson, who slotted the ball home to send York into the final. Alfie Cresswell and James Rennocks both performed excellently down the right hand side and were the source of York’s main threat in the match.

York then played Scarborough A in the final, the tempo was high and both teams showed great desire. York remarkably now conceded their first goal when Scarborough A took the lead after a superb volley from a corner. They then defended very well, but York managed to draw level through a Thompson deflected free-kick that sneaked into the goal. Extra time wasn’t enough to separate the two teams, unfortunately forcing the final now to be decided by the dreaded penalties.

It was a thrilling penalty shoot out with both sides still level at 4-4 after the first 5 penalties, so now to sudden death with York finally triumphant if not a little relieved to eventually win 9-8.  York’s GK Jack Yates scored the winner with a very well executed spot kick.

Winning a tournament requires high levels of performance from every member of the squad and that is exactly what won it for York alongside their strong team spirit. Arthur Jefferson-Hallett was voted player of the tournament by the coaches after excelling at centre back, defending resolutely all morning.

The Green Un Cup has a long tradition within Schoolboys football and the York Squad of 2017/18 showed real passion and pride in bringing it back to York.