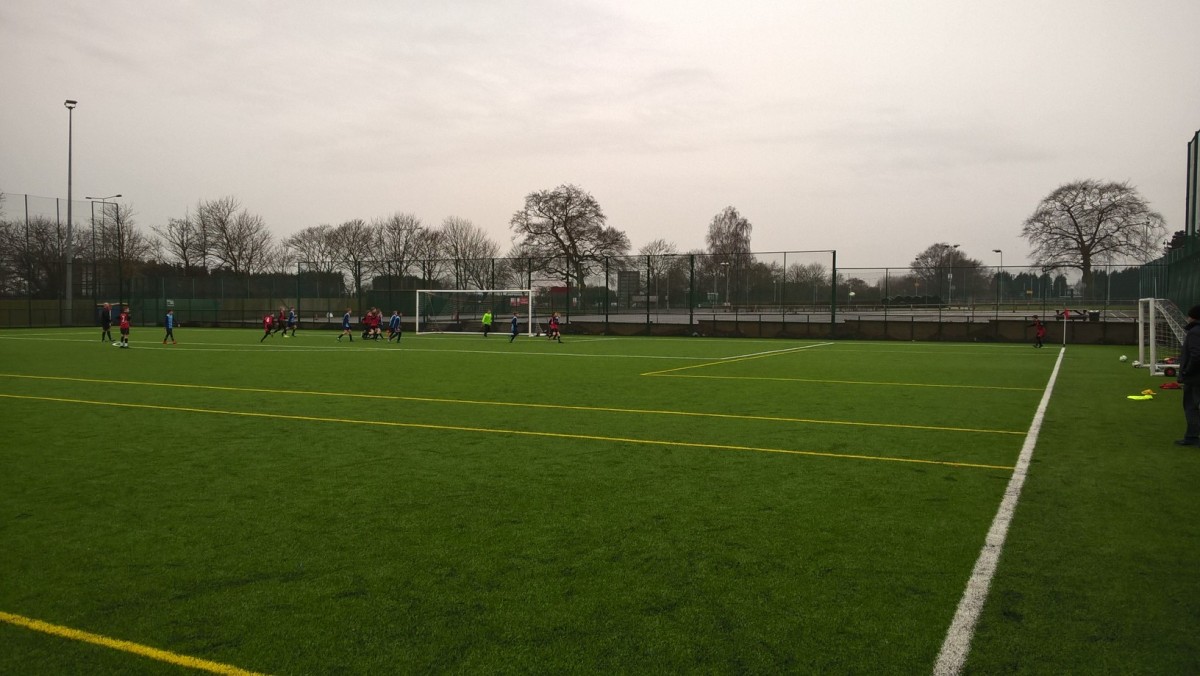 York Schoolboys U12s travelled to Melton, on the outskirts of North Ferriby, to face East Riding.  The game was an 11-a-side friendly, ahead of next season’s switch from 9-a-side, to 11-a-side.  On a weekend when many games were called off due to waterlogged pitches, the players of both teams appreciated that a 3G pitch was available for this match, so it was Game On!

East Riding seemed to adjust to 11-a-side the quickest as they had the best of the opening stages and it was they who took the lead after 10 minutes.  An East Riding forward put in a cross from the right that was only partially cleared to an East Riding midfielder who drilled a hard, low shot through a crowd of players and into the net.

York began to grow into the game, with Reuben Pugh showing some good, neat touches and passes whenever York attacked down the left.  York were now growing in confidence and a good chance came when Ben Myers played a lovely ball down the left channel into the feet of Ronnie Kelly.  Ronnie was tightly marked, but he cleverly let the ball run past him and as he spun past the centre-half and looked to cut in towards goal.  Ronnie looked to pick out Dan Gallagher at the back post, but an East Riding defender got back to make a good clearance.

York had a good chance minutes later when Dan Gallagher and Will Almond combined to play in Ronnie Kelly, but the East Riding keeper was quickly off his line to make a fine save.  It was on the half-hour mark when York drew level.  Dan Gallagher took a right-wing corner that was attacked at the near post by Paul Iggulden.  The first attempt was blocked, but Paul followed up with a hard, low finish from 6 yards out.

York were looking very good going forward, particularly when Ryan Evans was bringing the ball out of defence on the right and surging past opposing players with great skill and pace.  York took the lead from a move that saw Adam Clarkson find Will Almond down the left.  Will put in a great left-foot cross, that East Riding did well to clear.  The ball fell to Fraser Clarke about 22 yards out towards the left.  Fraser used the pace that was already on the ball to loft a tremendous shot over the keeper and into the net for a goal that was reminiscent of some of Wayne Rooney’s recent long-range strikes.

East Riding were still a big threat, as they too were playing some excellent passing football and York were thankful for some superb goalkeeping from Henry Jackson who commanded his penalty area, coming off his line to claim through balls when required and also catching a number of high crosses.

With 12 minutes to go, and with the rain beginning to sweep in off the Humber Estuary, York scored a decisive 3rd goal.  Dan Gallagher took a right-wing corner that was cleared back to him.  The next cross was deep to the far post where it was met by Reuben Pugh with a powerful half-volley, to give him a much deserved goal.

The last 10 minutes was tremendous entertainment for the spectators as East Riding pushed forward in search of a way back into the game, but York were always a threat on the counter-attack.

George Brown and Henry Jackson share the goalkeeping duties for York and both were on top form in this game.  George made a cracking save when an East Riding midfielder shot from 20 yards, but George dived away to his right and turned the ball around the post for a corner.  From the corner, the ball was cleared out of the penalty area.  It fell to a East Riding midfielder who shot first time, but Paul Iggulden had managed to close him down and block the shot.  The ball broke kindly for Paul and he played the ball through for Ronnie Kelly to run on to.  Ronnie held off the centre-half and slotted the ball past the keeper and was unlucky to see the ball roll inches past the far post.

With a few minutes left East Riding won a free-kick on the edge of the box and from the resulting shot George Brown made another fine save.  The last good chance came when Will Almond broke down the left and put in another great left foot cross to pick out Dan Gallagher at the back post, but his shot was saved and the game finished with York getting a 3-1 victory.

York Schoolboys U12s Manager, Mark Rollins, found it hard to pick one individual as Man of the Match within a great all round team performance.  He did pick out the contributions of Will Almond and Paul Iggulden, but the Man of the Match Award deservedly went to Dylan Jones who is such a dependable defender and was outstanding at Centre Half in this game, making a number of important tackles and always showed great composure in possession.