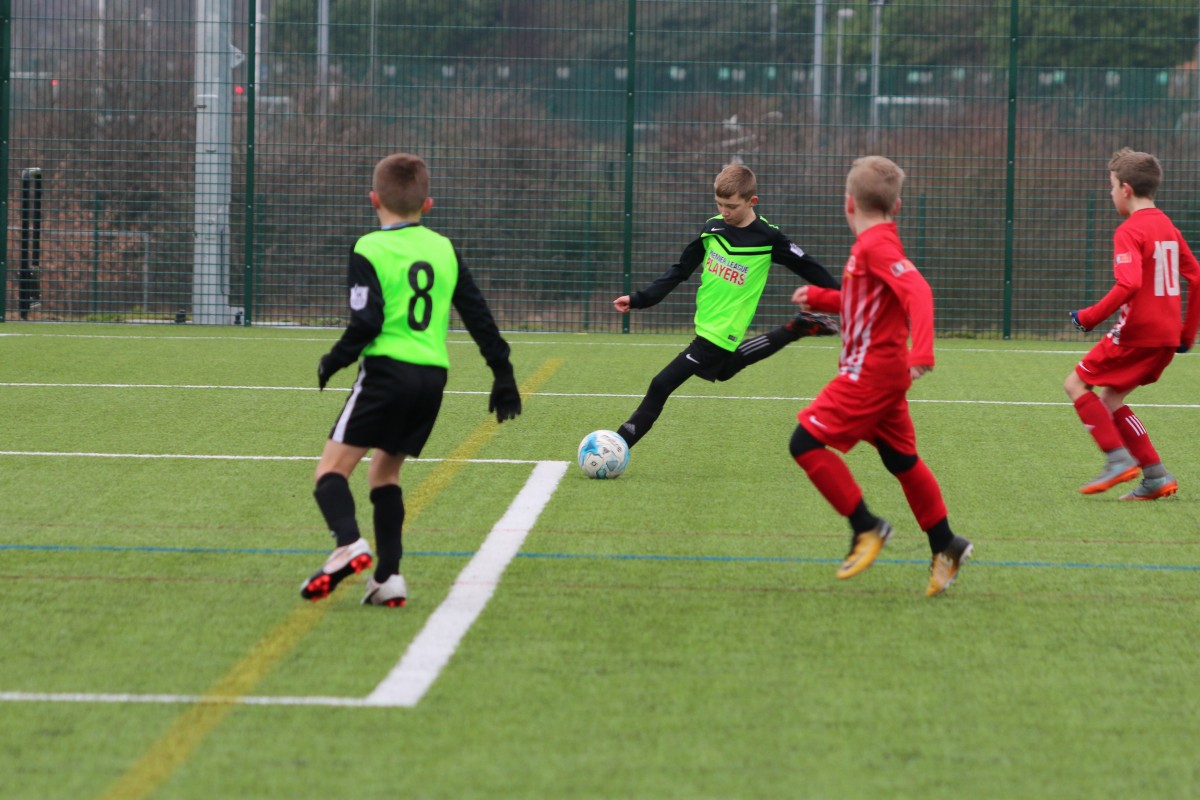 It was bitterly cold and snow showers were a possibility throughout the game. Despite the far from ideal weather York started very brightly putting Barnsley under increasing amounts of pressure. York’s first goal came from Leo Berriman, Adi Bajaziti and James Rennocks applying defensive pressure as a team. Their tenacious closing down resulted in the Barnsley defence clearing the ball to Kiam Browne who was on the edge of the area when he hit a wonderful half-volley into the goal, 0-1 York.

Shortly after York were awarded a free kick in the Barnsley half. Charlie Thompson whipped a dangerous delivery into the penalty area and an unfortunate Barnsley defender converted the ball into his own goal, 0-2 York.

Before the half drew to a close Barnsley got a goal back. They worked the ball well down their right hand side before the Barnsley number 9 hammered the ball into the top corner of the York net, 1-2 York.

Soon into the second half, Captain Charlie Thompson got York’s third with an accurately finished header, 1-3 York.

Then with 10 minutes of the game remaining Leo Berriman scored a peach of a goal from way out on the right hand side of the pitch, 1-4 York was how the score line ended up.

It’s fair to say York’s endeavour and well executed finishing merited the victory. York’s coaches were delighted with the character the players showed playing in the testing weather conditions.

It’s also worth mentioning that both York Goalkeepers Jacob Bryant and Lewis Mills kept the opposition at bay with important stops.