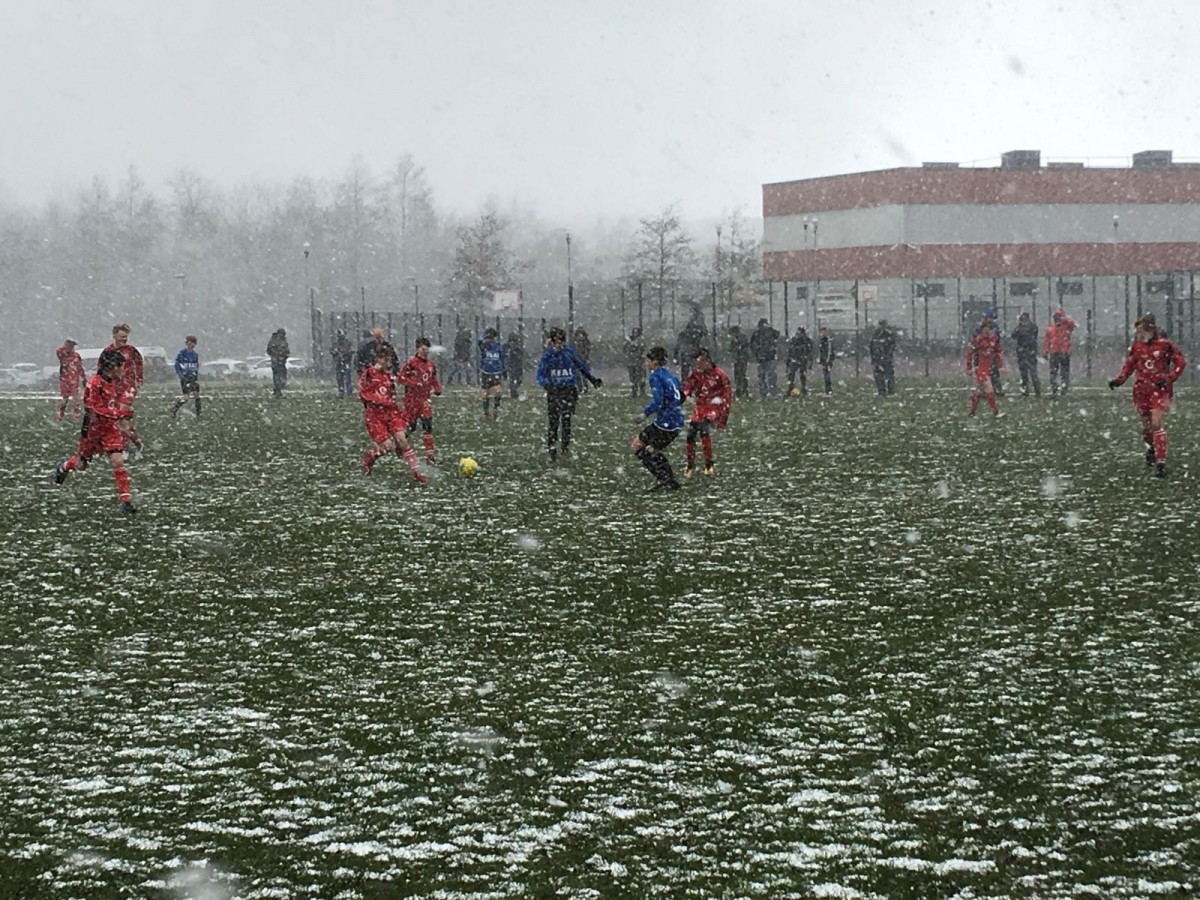 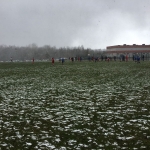 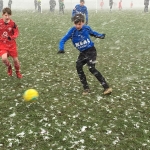 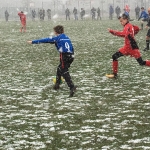 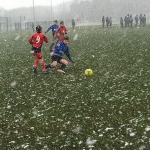 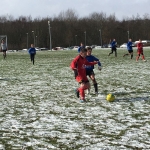 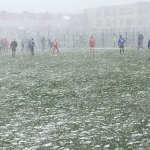 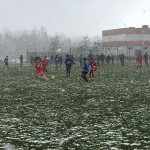 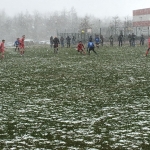 After another 2 week layoff due to the weather, York finally had chance to restart their league campaign.

Although difficult for all concerned the match went ahead in order to make inroads into the fixture backlog.

York started the game the brightest an attack down the left wing from Cahill winning York an early corner.  Shortly afterwards Coy put a ball through to Meehan who ran down the right and crossed into the box.  Heaton rising above the Barnsley defence, narrowly heading the ball wide.

Cahill was brought down a few yards from the edge of the Barnsley box during another of his rapid breaks.  Algar stepped up to take the resultant free kick and effortlessly fired into the top right hand corner leaving the Barnsley keeper little chance. 0 – 1 to York.

This gave York the lift they needed, and Meehan again set up Heaton for a long range shot that the Barnsley keeper managed to save. York were playing high up the pitch thanks to the hard working midfield who seemed to be winning everything. Butler, Harrison, Meehan and Heaton, working hard as unit.

The snow blizzard then intensified and that saw a spell with few chances the only one of note falling to Barnsley who saw their shot cleared off the line by Algar.

Dawes was brought on and Cahill was switched to the right. Dawes immediately made inroads down the left wing and helped keep the pressure on Barnsley. A superb tackle from Meehan and quick pass set Butler away who ran straight towards goal down the middle. Only a clumsy tackle from Barnsley stopped him getting through on goal. Algar stepped up for the free kick but this time the keeper managed to save it.

Barnsley were now managing to get closer to the York goal but superb work from Maeer on the left with Hotson covering, the hosts attacks came to nothing.  Some excellent link up play from Butler, Heaton and Cahill relived the pressure on York and reapplied it to the Barnsley defence and it wasn’t long until this pressure paid off.  Heaton passed to Butler who took it down the right before crossing into centre of the box for Dawes to neatly and calmly fire home. 0 – 2 to York just before half time.

Early in the second half Colley made it 0 – 3 to York. The blizzard now so strong the build up play and goal was missed by the reporter.  Meehan then had a shot blocked that went narrowly over the bar.  Butler showed some great skill in the box before getting felled and awarded a penalty.  Butler took the penalty but was saved by the keeper. Algar once again putting in a solid winning tackle then released Colley through on goal but his shot went wide.

York won a corner and Heaton scored from it to make it 0 – 4 to York again in blizzard conditions that meant the reporter missed it! York then found themselves down to 10 men for the rest of the game due to injuries to Dawes and Cahill.  But as the blizzards ceased and the snow on the ground began to melt so did Barnsley’s desire and York began to play almost exhibition football with some superb passing and interplay.  The final York goal came from a run down the right by Colley who crossed for Butler to slide in and poke the ball into the bottom left corner. 0 – 5 to York.

Man of the Match, awarded by the match official – Kaiden Butler