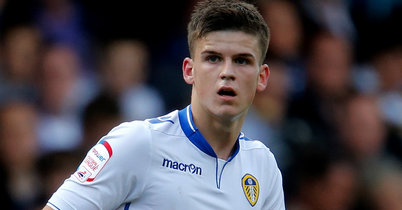 The representative teams of York City Schoolboys begin at under-11 level or year six. Only three players have ever appeared for York as year fives: under-10s with ability beyond their years.

Sam Byram was one of them. A trialist from Ralph Butterfield Primary School in the city’s Haxby area, he made the grade and made his debut in the 2003-04 season. The following year he represented the under-11s again, part of a team which one former coach calls “the most gifted to represent the city of York at that age group.”

They are small notches of significance on Byram’s belt but telling achievements nonetheless. While the teenager was largely unheard of prior to July – mentioned in positive despatches by Leeds United academy coach Neil Redfearn, but still a name without a face – there were some who believed that the crowd at Elland Road crowd would come to recognise him eventually. It is always the way with young footballers whose involvement in the game stretches back far beyond their academy lives.

Ian Hutchinson, a teacher who now works in Qatar but coached with York City Schoolboys for many years, identified in Byram the shades of maturity and talent which, in the past three months, have brought the 19-year-old a first senior contract at Leeds, a sizeable extension to that deal, a first-team debut and 12 further appearances.

Byram’s outing at Bolton on Tuesday evening, a game in which he scored and won a penalty, depicted him as the most technically proficient player to emerge from Leeds’ academy since Fabian Delph in 2007.
“I’m not at all surprised by the way he’s playing,” said United manager Neil Warnock. “And he’ll get better again, no doubt about that.”

Hutchinson thought the same when Byram first integrated himself with York’s schoolboy teams.
“His first season was a steady one, in a team that finished mid-table in their Yorkshire league,” Hutchinson said. “He was a year younger than his team-mates but he showed a lot of promise. A feature of his play was his strong tackling. “In his second year with the under-11s, he really came into his own and embedded himself in a side which turned out to be the most gifted to represent the city of York at that age group. He was ever-present in a pivotal role in the centre of midfield or, when needed, at centre-half. He was strong in the air as well as the tackle and he played a big part in that team’s success.”

All three of the players who broke into York’s under-11 side as year fives – Byram, Conor Qualter and Jacob Gore – attracted the attention of United’s academy at the end of that season.

Qualter, who began training at Thorp Arch around the same time as Byram, now plays for FC Halifax Town. Gore underwent a trial with Leeds but was not taken on. Other youngsters who crossed the club’s radar were Charlie Taylor, the 19-year-old left-back who made his senior debut for the club last season, and Charlie Clamp, a first-year professional and a current member of United’s development squad.

“It was no surprise to me to see several of the boys signed up by Leeds,” Hutchinson said. “Charlie Taylor was another of the group and Charlie Clamp.

“But with Sam you could see the talent he had. He was quiet as a boy but he let his football to do the talking for him.
“I remember us travelling up to Whitley Bay on a football tour and Sam and Conor were highlighted by a Newcastle United scout who watched us play. Both boys were wearing headbands to hold back the masses of hair they had and the scout was a bit confused. He asked me why we were playing two highly impressive girls at centre-half!
“Sam’s a very level-headed lad which I think owes much to the guidance his parents, Mark and Sharon. I’m sure he’ll continue to prosper at Leeds under Neil Warnock.

“It’s refreshing to see Neil offer opportunities to players emerging through the academy and it should motivate all players who harbour hopes of making it as a professional.”

Before this season, Byram made the odd appearance for United’s now-defunct reserve team but was largely confined to appearances for the club’s under-18s.

His influence in the squad who competed for their Premier Academy League title last season did not go unnoticed, though his involvement was curtailed by a fractured foot sustained in a game against Manchester City.
Five members of that under-18 squad were offered professional deals at the end of last season, and Byram and Simon Lenighan – the under-18s captain – were first to sign.

Another, centre-back Ross Killock, moved out of Elland Road on Thursday, joining non-league Alfreton Town on a one-month loan, his first step into senior football.

Byram took his initial step sooner, courtesy of Warnock inviting him to train with United’s first-team squad during pre-season. Warnock liked what he saw and by the middle of August Byram was signing a three-year deal as the need to tie him to down beyond next summer became apparent.

“I think we surprised our academy lads by bringing Sam in for pre-season,” Warnock said. “I don’t think they thought he was ready. But he came training with us and I just loved him.

“Different people have different personas. All young players are individuals. Sam reminds me a bit of Nathaniel Clyne (the defender who Warnock managed at Crystal Palace) in the sense that he’s never fazed.
“Every game’s like a training match for him.

“When I first started at Notts County I had two 18-year-olds, Mark Draper and Tommy Johnson, who went on to better things.

“I remember in the play-offs everyone saying that they’d be panicking but they were the ones who relaxed. I don’t worry about youngsters. I like the freshness they give you around the dressing room.”

Byram’s form in different positions has made him almost impossible to drop. He played as a right-back at Bristol City last weekend and created the opening goal. Used on the right wing in Tuesday’s 2-2 draw with Bolton, he claimed the opening goal with a glancing header and earned a penalty in the second half when he tempted Stephen Warnock into a rash tackle inside United’s box.

Based in the Middle East, the Internet keeps Hutchinson in touch with Byram’s progress.

“It gives everyone associated with York Schoolboys pride and admiration to see players go on and play at the highest level,” he said.

“I’m delighted for Sam and delighted to see his hard work and dedication pay off.”