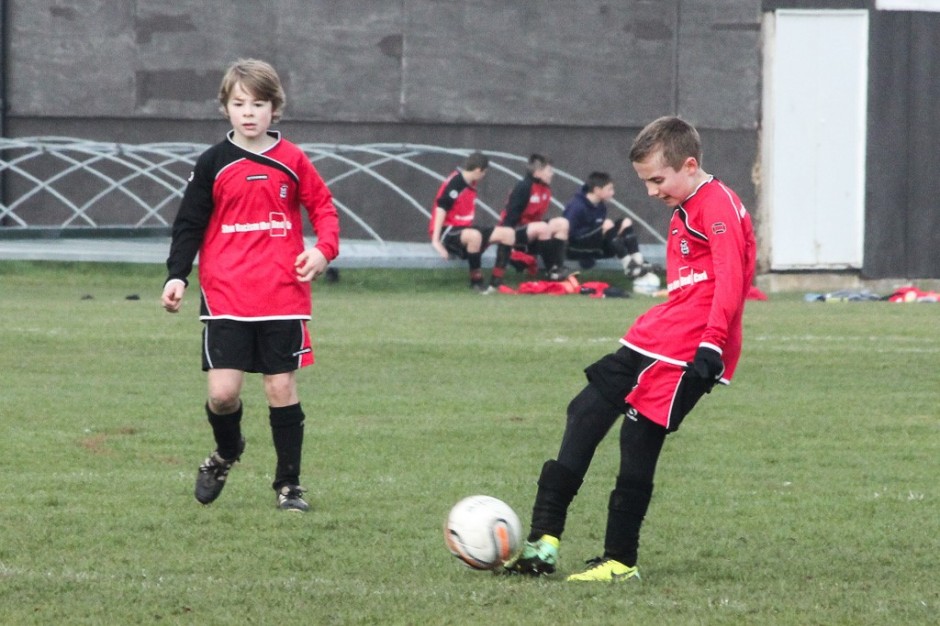 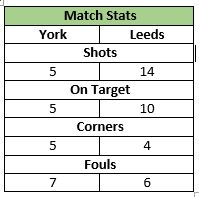 York U12 Schoolboys entertained Leeds in a tough league encounter with York kicking off the first period Leeds were quick to close the York midfield, of Leo Potts, Elliot Oliver, Alex Kemp and Declan Racher, down. Both teams battled in midfield with York’s first attack forcing a corner.  A beautiful floated in in corner by Declan Racher was only partially cleared by the Leeds defence and Connor Teale  struck the resulting clearance into the roof of the net making it 1-0 to York after 7 minutes.

Leeds pushed for an equaliser but the York defensive trio of Simeon Hopkinson, Liam White and Luke Jones were up to the challenge.  But it was with some indecisive passing that put Leeds on the front foot in attack for them to level the score after 10 minutes with the Leeds attacker slotting past the York keeper making it 1-1.

The rest of the period was battled out in midfield with both sides finding it difficult to break down the others defence, with Leeds just edging it with a shot off target.

In the second period Leeds upped the tempo; but found Nathan Storr in great form denying Leeds twice with some great reaction saves and Tom Eaton and Alfie Evans defending well; but the Leeds pressure paid off with a well taken goal making the score 1-2 within 5 minutes of the re-start.

York started to apply some pressure on the Leeds defence with Will Jarvis and Alex Kemp linking up well and Josh Hall running down the flank, but the final ball eluded the York attack.  With Leeds hitting York on the break as York pushed for the equaliser, another fine save from Nathan Storr kept Leeds at bay; but it was from the resulting corner when York failed to clear their lines that Leeds netted their third goal of the game.

Leeds were unlucky not to go 1-4 up five minutes later when the Leeds attacker struck the bar and then hit the post with the rebound only to see his third shot brilliantly saved  by Nathan Storr in the York goal with the second period ending 1-3.

York started the third period the brighter off the two sides with Will Jarvis forcing a fine save from the Leeds keeper within seconds of the re-start.  Leeds were still hitting York on the break but found Nathan Storr in fine form.   Free kick halfway through the third period delivered by Alfie Evans found Connor Teale in midfield who put a great cross field pass to Harvey Stephenson at the far post who netted to make it 2-3 putting York back in the game and setting up an exhilarating last ten minutes with York pushing hard for the equaliser but found the Leeds defence and keeper resolute making the final score 2-3 to Leeds.

Managers Comments (Andy Eaton / Nigel Kemp / Alan Oliver): Another strong performance by York against a very good Leeds side who are top of the league on merit. A good York team display who battled well but lost a little shape and resilience following a number of changes after the first 20 minutes. The team in the last 3 matches have played some excellent football as they did in this match against a very good Leeds team

Man of the Match was awarded to Simeon Hopkinson